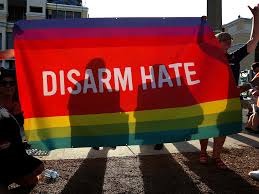 Following the referendum on Thursday 23rd June 2016, a surge in homophobic, racist and sexist acts has occurred. But how has a political debate proved so influential in heightening the stigmas surrounding minority groups?


The European Union consists of 28 European countries and symbolises a unification of countries despite political and religious differences. Therefore, political angst – occurring as a result of the United Kingdom’s exit from the union – could have been predicted. In practice, disruption of such harmony has consequently caused Home Office figures on racial injustice and faith-hate crimes to increase from 17% in 2015 to 22% in 2017. This racial injustice could also correlate with the confusion of right-wing views by those with extreme views and a lack of political knowledge. The proposed topics addressing British migration policies in previous manifestos have been:

2015: “To reduce the numbers of EU migrants coming to Britain, we will end the ability of EU jobseekers to claim any job-seeking benefits at all. And if jobseekers have not found a job within six months, they will be required to leave.”

Both manifestos suggest that stricter immigration policies would be adopted in future – but if wrongly interpreted by the electorate, they could be mistaken for endorsing racism. This evidently would not be the agenda or intent of a political party with the strapline: “Forward, Together”.

This negative reception also extended to the LGBT+ community. After the result (51.9% to Leave) within the space of three months the quantity of homophobic attacks had risen exponentially by 147%. This extreme increase led me to pose the question of whether the punishment for the crime directly correlates to the acts of violence.

Interestingly, an article from the Independent quotes Nik Noone, the chief executive of Galop (an anti-LGBT violence charity): “The highest prison sentence a court can give for homophobic, transphobic or disability common assault is six months. That is just a quarter of the two-year maximum for race and faith common assault.”

Therefore, a lack of consistency between sentences could also be misinterpreted (by those who commit the crime) as a sort of twisted justification for their actions. With all of the political tension caused, Brexit could have been the tipping point for the increase in bigoted remarks and assaults.