How to Sign Planet A's Open Letter to Mark Prisk 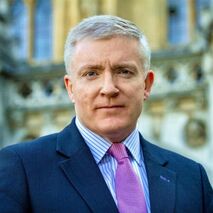 Pasted here is a copy of the letter Planet A (Leah Krishnaryan and Grace Haynes) wrote to Mark Prisk, our local MP, expressing our concerns for both his and the government's lack of action on climate change. We will update this page with statistics about how many people have signed, and how Mr Prisk responded.

Dear Mark Prisk,
The Hertfordshire and Essex High School and Science College’s Student Environmental Group is writing to you on behalf of the undersigned. As you will no doubt be aware, the environment is a topic of great significance in the current political climate. This is particularly true for the younger demographic.
We acknowledge that there have been recent advancements in recognising the importance of combating climate change. The latest declaration of a National Emergency for Climate Change and revelation that the UK emissions have been reduced by 43% since 1990 show promise. However, Climate change still remains a significant threat to the planet; further work is required to facilitate necessary changes that will prevent the devastation of continued climate change.
The National State of Emergency does not legally compel the Government to act against the repercussions of Climate Change. It merely shows parliamentary support for policies to impede the impacts of Climate Change. This is of particular concern considering the limited support demonstrated by Michael Gove- the Secretary of State for the Environment and Rural Affairs.

Brexit itself is also a cause for concern. The issue is time-consuming, detracting from other policy areas. Additionally, the potential deterioration of UK-EU relations could prove pernicious. Climate Change is an international issue and needs to be dealt with accordingly; it requires intergovernmental, collaborative action. Withdrawing from the EU could deter the level of co-operation needed to manage Climate Change.

Here is a list of areas we would like a response to:
We remind you that this is our future, this is our planet and we are not afraid of making our voices- and our votes - heard.
Yours Sincerely,