Kim Kardashian is Studying to become a lawyer.

Who could have predicted that Kim Kardashian has always secretly wanted to be a lawyer. But is her change in career choice representative of law students around the world? Maybe not. 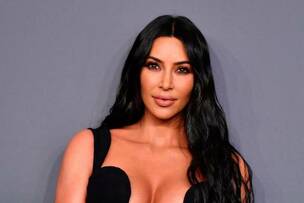 Unless you’ve been living under a rock, you’ll know who reality TV star and entrepreneur Kim Kardashian West is. You may also know that she has recently embarked on a 4-year course to become a lawyer. In actual fact, she has been studying since last summer, and is hoping to take her exams in 2022.
This may seem strange if you have not been following Kim’s life avidly (because you have one of your own), but, upon closer inspection, it actually makes a lot of sense. Kim’s dad, Robert, was the best friend and lawyer of OJ Simpson, the man at the centre of a famous murder trial. So, Kim grew up immersed in a high-profile court case and was exposed to the career from an early age.  Then, only last year, Kim used her influence to change the life first-time offender Alice Marie Johnson, who was given life without parole for a drug-related offence, and had already served 21 years. Kim organised a meeting with Donald Trump, who granted Alice clemency. She is now free, and it is mainly because of Kim Kardashian West.
The news of Kim’s decision has sparked controversy among the media, law students and people who follow her life. Many think that Kim is only able to pursue this path because of her privilege and wealth. Some students feel cheated that they have to study for 3 years on an intensive university course whilst Kim can become a lawyer without ever stepping foot in law school. Even my initial perspective was harsh, that Kim is just one of those celebrities with an inflated ego who that thinks being a lawyer is something she could easily do. However, after a bit of research, my opinion has vastly changed. Here are some of the reasons I admire Kim Kardashian West for choosing to study law:

Kim has faced a huge amount of backlash from the media, from cruel Instagram tweets to loaded Guardian articles. What’s interesting is that the response to her endeavours in the legal world are completely different to those received by celebrities such as Leonardo di Caprio, who has been praised for his work on climate change. Is this because she is a woman? The comments about her appearance whilst traversing with her legal team make me think so. People seem to belittle Kim Kardashian for never being serious, but as soon as she tries to do something outside of reality TV and beauty, they tell her to go back to filling in her eyebrows.
What I don’t understand is why she isn’t getting more commendation for how she is using her international fame. She may have an annoying voice, but at least she’s using it to improve the lives of others.