The Nation Anthem - Are You Proud to be British?
Ashleigh Leung 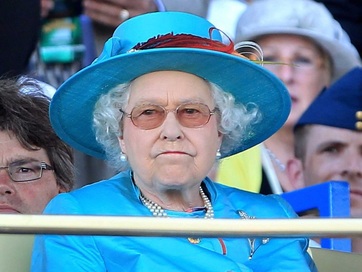 I confess. Not too long ago, I asked a shameful question. It was a question that no Brit should ever ask. One evening, I walked into my living room to join several friends of mine singing unfamiliar lyrics. From what I remember, it was ‘send her victorious’ and to my absolute chagrin, I smiled and sinfully asked, ‘what song is that?’ Silence. Absolute silence. Then came the inevitable hysteria of disbelief and the unpleasant rush of heat to the tip of my ears. I’ve done some research and what eased my mortification was that, according to the Sun, 37% of Brits don’t know the first line of ‘God Save Our Queen.’ Imagine: what if that’s the reason why Jeremy Corbyn didn’t sing the National Anthem? He just didn’t know the lyrics.


I decided to undertake some research. One would think that such a famous song would have a well-known composer and lyricist, but that is not the case at all. The origin of the song is unknown. The earliest record of the full lyrics was found in a 1745 issue of ‘The Gentleman’s Magazine.’ Those lyrics have been used ever since although new verses have been added over time. Apart from the first two verses, the others are rarely sung as it is seen as politically incorrect.


The anthem was first performed in September 1745 after Prince Charles Edward Stuart, the reigning monarch at the time, defeated the army of King George II at Prestonpans, near Edinburgh. Pride for our country rose after the victorious news had reached London. The leader of the band at the Theatre Royal, Drury Lane, arranged ‘God Save our King’ to be performed after a play. It was a tremendous success and eventually spread to other theatres to greet to reigning monarchs when they entered. It soon became our National Anthem around the 1780s.


As much as I would love to say that the monarchy in Britain is significant, unfortunately I believe there are only two roles the monarchy serves for our country nowadays are to maintain patriotism and to attract tourism. Does having this view make me unpatriotic, despite holding a lot of pride for my country and being British? Does this show that Jeremy Corbyn is unpatriotic, as he stood in 'respectful silence' rather than singing the National Anthem? Do you know at least the first verse of the National Anthem? Does that make you any more or less patriotic? You can decide.