The Best Crime Dramas on Netflix

​In the last couple of years, the genre of crime has gained a major following, becoming one of the most popular in the UK. And whilst a lot of the documentaries on Netflix covering real-life murders have been very widely watched (examples of these include Conversations With a Killer: The Ted Bundy Tapes and The Disappearance of Madeleine McCann), the streaming platform also has many drama shows which are less popular. Some of these are based on real events and whilst others are fictional, they are arguably as shocking as the real thing. As an avid viewer of the genre, I’ve compiled a list of my favourite crime dramas available to watch on UK Netflix, as of February 2020.  (SPOILER FREE)

​​American Crime Story
This anthology series, a spin off to the extremely popular American Horror Story, tells the story of a different true crime case in each of its two seasons (a third is expected later this year). Whilst they are very different in their depictions of the crimes - Season one is a courtroom drama, whilst season two focuses more on the killer himself and the murders as they happened - both seasons of ACS are incredibly well made, with talented casts and writers. 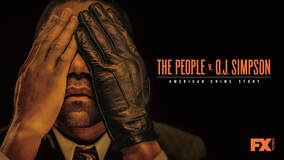 Season One: The People Vs OJ Simpson
Rated 15, 10 Episodes
Personal verdict: 8/10
​
The first season of American Crime Story depicts the events of the trial of OJ Simpson - an extremely popular American Football player - for the murder of his ex-wife Nicole Brown Simpson and her new lover Ron Goldman, in 1995. Whilst the crimes themselves are shown briefly, the main focus of the plot is on prosecution lawyer Marcia Clarke and the scandal and corruption of the court proceedings. Whilst the show is a little slow-moving at first, it soon becomes a thrilling watch, and manages to skilfully build up the tension all the way until the final verdict is announced. It won five Emmys at the 2016 ceremony, including best limited series and acting awards for multiple cast members.

​Trigger Warnings:
This show has an age rating of 15, and whilst it is not particularly gory, it does contain scenes where the murders are discussed in some detail. There is also swearing and mild sexual content.
​ 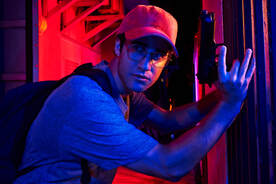 ​
Season Two: The Assassination of Gianni Versace
Rated 15, 9 Episodes
​Personal verdict: 9/10
​
Season 2 of the show may be very different from the first, but is just as entertaining, if not more so. As stated previously, the second season focuses more on the killings themselves than any legal proceedings, as it tells the story of serial killer Andrew Cunanan’s 1997 murder spree, which resulted in the deaths of six people, including world-famous fashion designer Gianni Versace. Whilst the show is thrilling and fast-paced, it also contains some emotional scenes and touches on social issues such as the rampant racism and homophobia of 1990s America, which arguably served as motives for Cunanan’s crimes. The cast of season two are just as talented as those of season one, with Glee star Darren Criss – one of my personal favourite actors - playing the main role in a terrifyingly realistic performance. For this, he won an Emmy, Golden Globe and SAG award.

​Trigger Warnings:
Like the first season, Season Two of American Crime Story carries a 15 age rating. It is important to note that it is far more gory than its predecessor, with some of the murders being depicted graphically. It also contains mild sexual content and themes, strong language and drug use, as well as a few upsetting scenes depicting homophobia. 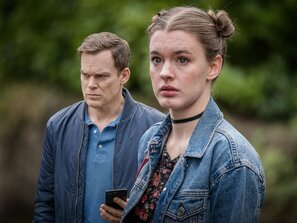 Safe
Rated 15, 8 Episodes (One season)
Personal verdict: 8/10
​
This Netflix original series, created by award winning novelist Harlan Coben, is set in a gated community in the UK. It tells the fictional story of a father called Tom, as he searches for his sixteen year old daughter Jenny, after she and her boyfriend go missing from a house party. The subplots of the show focus around the scandalous secrets and misdeeds of other members of the town, including one of Jenny’s classmates, a popular girl named Sia (portrayed by Ackley Bridge actress Amy-Leigh Hickman) and a police officer named Sophie. The story of Tom’s deceased wife, which is gradually revealed as the series progresses, also makes for interesting viewing, and links to the mystery in a unique and unexpected way.
​
Trigger Warnings:
This show is rated a 15, although it is not particularly graphic in any way. There’s some strong language, mild sex, and a few brief death scenes, but compared with the other shows on this list, “Safe” is one of the cleaner options.
​

Luther
Rated 15, 20 Episodes (Four seasons)
​Personal verdict: 8.5/10
​
This police drama starring Idris Elba in the titular role was created by the BBC, with seasons 1-4 on Netflix, and 5&6 available on iPlayer. It tells the (fictional) story of DCI John Luther, a London cop with a dysfunctional personal life and anger issues which help and hinder his work in equal parts. The first few seasons focus on a different crime each episode, as well as subplots surrounding Luther’s estranged wife, colleagues, and psychopathic on/off partner, Alice Morgan. The last couple of seasons have a greater focus on Luther’s personal issues and relationship with Alice than his job, and so these focus on a single crime rather than a killer per episode as previously is the case. It is fair to say that the quality of the show does deteriorate a little after season 4, however the earlier seasons are some of the best examples of a crime drama I’ve seen; they’re fast-paced, shocking, and scarily realistic.
​
Trigger Warnings:
Luther is rated a 15, and for good reason; some episodes feature extremely violent (and realistic) crimes, which are gory and difficult to watch. There is also strong language and sex scenes.
​ 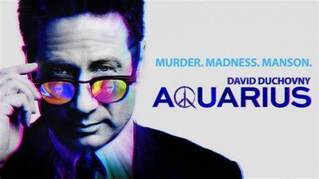 Aquarius
Rated 18, 26 Episodes (Two seasons)
Personal verdict: 8/10
​
This NBC series is a unique cop drama, set in 1960s California during the peak of the hippie movement. The show focuses on Sam Hodiak (David Duchovny, most well-known for his role in The X Files) a troubled police officer, as well as his colleagues, Tulley (Claire Holt, The Vampire Diaries) and Shafe. Season 1 mostly revolves around Hodiak’s attempts to track down Emma Karn (Emma Dumont, The Gifted), a sixteen year old girl who joins the infamous Manson family cult after meeting some of their members at a party. Season 2 focuses more on the crimes committed by the “family”, including the 1969 murder of Hollywood actress Sharon Tate and four others at her Hollywood home. Whilst many of the events portrayed in the show are fictional or heavily exaggerated, it is still highly entertaining, with subplots revolving around themes such as racism in the 1960s, suicide, alcoholism, drug addiction, and the impacts of the Vietnam War. It features a talented cast, including Ambyr Childers - who portrays Candace in You (see below) - as Susan “Sadie” Atkins, one of the notorious cult members convicted of the murders.
​
Trigger Warnings:
Aquarius is rated an 18, and whilst it would be hypocritical of me to suggest that nobody under that age watch the show, it is not for the faint-hearted. Many murders are shown on-screen, as well as gory fights and mutilation. There is also nudity, sex, drug use and strong language, with themes of drug and alcohol addiction present throughout.
​ 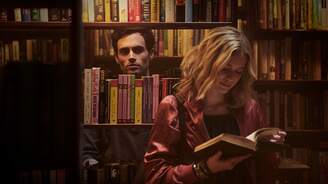 You
Rated 18, 20 Episodes (Two seasons)
​Personal verdict: 8/10
​
This thrilling show, originally created by Lifetime but later bought by Netflix, is based off the equally entertaining fiction book series by Caroline Kepnes; season 1 is based on the book titled “You”, and season 2 is based on “Hidden Bodies”. It tells the story of Joe Goldberg (Penn Badgley, star of Gossip Girl), a deeply disturbed book shop worker living in NYC. After falling for university student Guinevere Beck (known most commonly by her last name alone), he becomes obsessed and begins to stalk her, even going as far as to murder some of the people who stand in his way. Season 2 sees Joe move to LA for a fresh start, where he faces new challenges - including the reappearance of a mysterious person from his past - as he tries to win the heart of Love Quinn, a Californian chef who is not quite as sweet as she first seems.
​
Trigger Warnings:
You is rated an 18 (it was a 15 until the release of season 2.) This is mostly due to the violence, which is not particularly graphic for the most part, although does feature a lot of blood. There is also a scene in season 2 where a dead body is destroyed in a particularly nasty way, and while not gory, it is psychologically disturbing. There are frequent (non-graphic) sex scenes and strong language.
​ 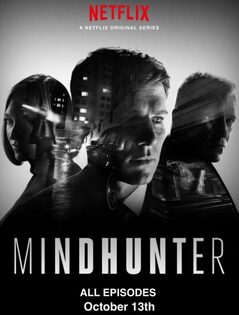 Mindhunter
Rated 18, 19 Episodes (Two seasons)
Personal verdict: 8.5/10
​
This Netflix original series reminded me a lot of Aquarius (see above) when I first started watching it, but the approach to the crimes is entirely different, and it is arguably more well-made. Set in 1970s and ‘80s America, the show focuses on FBI agents Holden Ford (Jonathan Groff of Glee fame) and Bill Tench, who work in the behavioural science unit and launch a ground-breaking project in which they interview convicted murderers in order to learn how their brains work. These murderers include spree killer Richard Speck, serial killers Edmund Kemper and Jerry Brudos, and cult leader Charles Manson. This research leads to the detectives coining the terms “serial killer” and “spree killer” for the first time, but also results in controversy within the FBI, which gives the show some interesting drama not directly linked to the killings; an aspect which some of the shows on this list lack. It is a clever mix of real and fictional crime, and whilst I feel that a lot Netflix’s original shows fall short, Mindhunter – although it did take me a few episodes to get into – definitely didn’t do that.
​
Trigger Warnings:
Mindhunter is rated an 18, although due to the nature of this show – it focuses far more on the FBI agents than any of the killings discussed – there isn’t a whole lot of gore or violence shown on-screen. It does, however, contain some very strong language, as well as sex references and in depth discussion of many real-life cases.