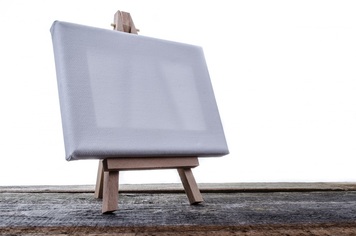 Sunset. Golden reds and yellows pouring, fading away, succumbing to the clutching grasp of creeping twilight, the strangling darkness.

For most people, those sentences conjured a vivid mental image. I would surmise that those for which an image appeared were unaware that it was only most, and not all, people that ‘see’ mental images. In fact, the converse is also probably true - those for which no image appeared are probably confused to discover that most people actually see images, the mind’s eye functioning much the same as a real eye.

I fall into the minority category.

I don’t see mental images. It’s incredibly difficult to describe what I do see, but certainly not the vivid mental imagery that I’m told others experience. I’ve taken to saying that I ‘think in lists’, able to reel off characteristics of something I’m imagining without being able to see it. This would explain the ease with which I can explain and describe that which I cannot truly see, like the sunset imagery written above.

The term ‘aphantasia’ to describe the condition I have just outlined was coined recently by Professor Adam Zeman of the University of Exeter. By its very nature, our ability to utilise - or not - our mind’s eye is very difficult to study. Therefore, knowledge in the area is currently very limited. Someone cannot really be ‘diagnosed’ with aphantasia. I can’t say for certain that I have it - just that it seems exceedingly like I do to myself.

Zeman has described it as an ‘intriguing variation in human experience”. I can certainly agree in that I feel that it has changed the way I experience the world compared to others, forcibly so. Something seen and now gone, is forever lost to me, where for others it would live on in images conjured from memories. The ability to do such a thing sounds more than a little like magic to me. It’s forced me to live in the present. But, like Zeman, I don’t feel that that’s entirely a bad thing, something to suffer from. A difference, not a handicap.

For this article more than any other, I’d love to welcome the feedback of readers. Please take a moment to think about how your mind’s eye functions, indeed, if it is sighted or blind, and respond below.