Bake Off - Baked to perfection! 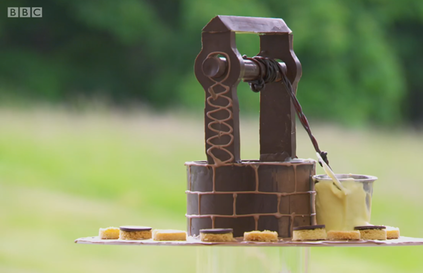 From gluten-free pitta breads to arctic rolls, The Great British Bake Off seems like it will never lose its sparkle (while Mary, Paul, Sue and Mel are on it at least!). Over the series we’ve seen 12 contestants despair over everything from oven malfunctions to icing disasters. Yet almost 14 million people are obsessed with it. Don’t get me wrong I love GBBO , but I have no idea why it’s such a great TV show. The only problem I really have with it is the fact it’s always on in the evening when I happen to want cake the most!

Of course the week which probably was least appetising was the ‘Free From’ week; the technical in particular involved the Bakers getting to grips with the art of Paul Hollywood’s gluten free pitta breads. It’s fair to say I won’t be baking them after watching the programme! In the last challenge, they also had to bake a sugar free cake. I bet most of you asked “what’s the point of a sugar free cake?” I thought exactly that. Nevertheless, they looked incredible, and, let’s be honest , it has to be better than my Grandma’s diabetic, flat chocolate ‘Christmas Cake’. I think I might be inviting one of this year’s Bakers over – I reckon they’d do a better job.

I have two favourite bakes from this series, and surprise, surprise they’re both from chocolate week.  The first is Ian’s ‘Chocolate Well’. I have no idea how it tasted but it looked amazing. I think it’s such a cool idea to have a working well made purely from chocolate! The second on the list is Flora’s chocolate tart. I know Mary and Paul thought the taste was far from perfect but it looked angelic. Passion fruit and chocolate are just one of the greatest food combinations ever.

I’m writing this article in the week just before the Finals. I don’t mind who wins as they all seem like such a nice bunch. I desperately want Bake Off to continue into the winter and beyond. Having said this, I'm not sure that's the best thing for my health...