Why diversity is important in the media?
Kitty Barnes 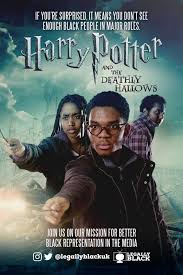 It’s not difficult to comprehend that most people in Hollywood films are white. Out of the 100 top films of 2014, 73.1% of actors were white, whilst only 12.5% were black, 5.3% Asian, 4.9% Hispanic and 4.2% other nationality. Since then, there has been development and a rise in recognition of many black actors, as well as writers and directors. For instance, the writer and director of Get Out, Jordan Peele, just won the Best Original Screenplay at the 2018 Oscars, making history as the first ever black writer to win this Oscar category. The even more recent blockbuster Black Panther just reached $1 billion box office in only 24 days, making it the 11th fastest film to reach this. The lack of diversity in the current media is shocking, so a group of activists from South London called Legally Black decided to address this issue in a visually inspiring way. 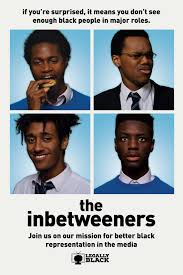 The group of young activists recreated iconic movie and TV posters replacing the main leads with black people and promoted them on social media.  After being acknowledged by a subversive advertising organisation, their images were printed and displayed around Brixton. Legally Black is made up of 4 young adults – Liv, Shiden, Kofi and Bel – who are taking the world by storm with their redesigned movie posters. One of these advocates, Liv aged 18, spoke up about their movement: “The representation of black people was a key issue of ours.” Some of the posters include Skyfall, Titanic, Bridget Jones’ Baby and Harry Potter, as well as some iconic British TV shows with the likes of Skins, Doctor Who and The Inbetweeners.

As fun and light-hearted as they may seem, the meaning behind these posters goes much further. Legally Black are trying to express just how deprived the film industry is of black actors, hence the slogan on their posters: “If you’re surprised, it means you don’t see enough black people in major roles.” Liv also rightly said that they wanted to include the whole spectrum of black people: LGBT+ black people, disabled black people and other ethnic minorities. So, who is stopping this? The absence of a broad diversity in media is causing society’s perception of people in films to become narrower, meaning our expectations will always remain the same. This is what’s in need of change. Liv also says that “writers and directors should have agency” to permanently alter this. 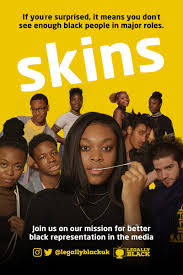 Not only should ethnic minorities be much more included in film and television, but they also should not be depicted in negative and antagonising ways. Another member of the group, Bel, aged 17, said that one of their main ambitions was to give attention to the fact that black people’s portrayals are nearly always “inaccurate and harmful”. The fact that this is the norm is what needs to change; we shouldn’t be so surprised when we see a black actor playing a more leading role. Subtle movements like this one are what society needs in order to abolish close-minded views on racial representation and diversity in the media.