Why do we need #blacklivesmatter? 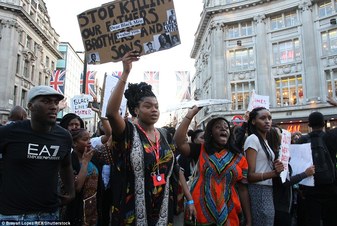 What’s particularly striking, is the skewed impression society has in believing that anti-black racism doesn’t exist anymore. This failure to acknowledge such a large scale problem is, for me, the main reason it is so significant. As Judith Butler so crucially says: “One reason the chant “Black Lives Matter” is so important is that it states the obvious but the obvious has not yet been historically realized.” Why then are individuals who promote this ideology shamed by others, when equality is something we should all be striving for?

After observing cries on social media for justice for the victims of unjustified police brutality, most prominently in America, it becomes clear that innate racism has not been completely eradicated. We are living in a society where the repeated representation of black youths as a threat has led to officers murdering in the name of self-defense, even when the victim was found to be unarmed. Who would you then turn to if your friend was held at gun point by an armed officer - the force supposedly preventing such unexplainable violence?

On the other hand, some may argue that ‘all lives matter,’ which is evidently true as all human life has value. However, supporting the movement #alllivesmatter, created by privileged white individuals, only dilutes the real issue of racism and subsequently fuels oppression of the black community. Simply by being a white person, the individual is already pre-disposed to having more privilege in society, which is a fact that must be recognised. To back a movement that diminishes the fact that anti-black racism is a problem is counter-intuitive.

Those who share the hashtag #blacklivesmatter to raise awareness of racism and discrimination are not stating that other lives do not matter, they are simply stating that black lives matter as well.