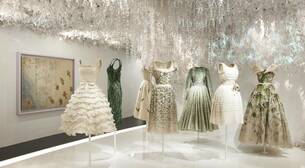 Christian Dior: the world knows his name.
Dior has been an influence on fashion for the last 70 years: from dresses, to suits, he has done it all. Yet, no one ever really knows where the story started.
Christian was born on the 21st January 1905 in Granville, a seaside town on the coast of Normandy, France. As a child, Dior's family had hoped he would become a diplomat, but Dior was artistic and wished to be involved in art. His flair for design started at a very young age. At the age of five, the family packed up to Pairs. 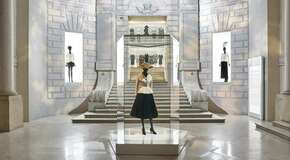 From 1937, Dior was employed by the fashion designer Robert Piguet, who gave him the opportunity to thrive and truly become the great designer we would consider Dior to be today. One fact many people don’t know, is that at this point in his life Dior was enlisted for the army, much to his distress. He says this time spent in the army allowed him to see the true beauty of design and fashion, as soon as he was free to design again, he knew he would do so forever.

On 12 February 1947 at 10.30 a.m. Christian Dior, aged 42, presented his very first collection. He immediately took the fashion world by storm. The Editor-in-Chief of Harper's Bazaar, Carmel Snow, exclaimed at the end of the show: "It's quite a revolution, dear Christian! Your dresses have such a new look!" From this quote forward, Dior’s new revolutionary “New Look” was created: a new chapter in fashion history.

We can all argue a favourite item of the extravagant Dior collection, but nothing truly represents his impact on fashion, quite like the “Bar Suit”. Tiny waistlines, rounded tails that closely followed the curves of the bust and its large black pleated skirt, giving an elegant picture that had never been seen before. This suit had it all. This suit changed fashion history. Now, over six decades later the New Look revolution continue to inspire Dior’s designers.
Since then, Dior has continued to inspire.  Working with actors and actresses; designers and dreamers; publicists and the public- he has done it all. 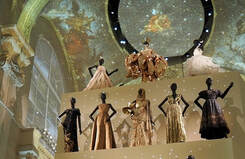 Sadly, Dior died while on holiday in Montecatini, Italy, on 24 October 1957 due to a heart attack, only ten years after the house of Dior being created. This was a sad loss to the fashion world. Yet, his spirit lives on through his designers, makers and the people who wear his label.

Dior is the Designer of Dreams. At the V&A Museum in London from Feb- Sep 2019 there is an exhibition celebrating the life of Christian Dior, his work and his legacy. With all his greatest pieces, the work of others under his label and obviously the iconic Bar Suit, this exhibition is not wanted to be missed by any fashion lover.