Why the volatility in Chinese markets?
Alex Agnoli 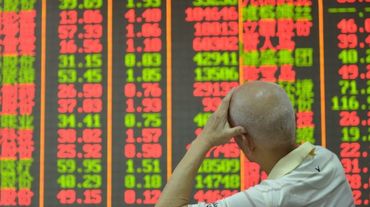 China's stock markets have lost more than 30% of their value since mid-June: a worrying statistic for investors and the government.

On Wednesday 8th July, a stock market index called the Shanghai Composite, which is regarded as the benchmark and an indicator for all share movements in China, fell as much as 8%. This caused some analysts to call the trading day "Black Wednesday". Previously, however, China’s market had been one of the best performing markets in the world.

So, what caused this to happen? An increasing number of investors entering the market, often with borrowed money, have pushed share prices up 150% between June 2014 and June 2015. 85% of these investors today are not financial professionals but individuals that have been encouraged to invest in the market by government policies. Recently, it has been easier to borrow to invest, so-called margin financing, and this has made it possible for less wealthy people to invest in the market. However, it has been widely agreed amongst analysts that there has been a lot of naivety, with a belief that the markets could only get better.

A key reason why so many people have been entering the stock market is due to momentum. As more people join the market, the momentum increases, resulting in individuals wanting to get involved based on the fear of missing out. As people start to leave the market and momentum decreases, more people follow to do the same. This “herd” mentality can exaggerate market movement very quickly. A market specialist, Chris Weston from IG Markets, said, “The momentum is now headed sharply lower and so they want out.”