Chinese New Year 2018 – The Year of the Dog
Rebecca Colton 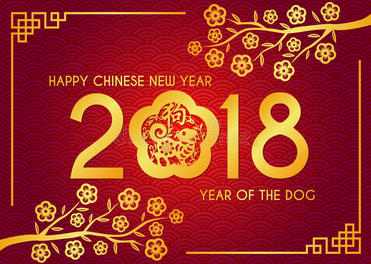 This Chinese New Year is the year of the Dog and in 2018 will take place on the 16th of February. The public holiday lasts for 7 days in China and can begin anytime between late January and mid-February.

The Dog is the eleventh of all zodiac animals. According to one myth, the Jade Emperor said the order of the animals would be decided by the order in which they arrived to his party.  The Monkey, Rooster and Dog were in another country, helping a god defeat evil spirits. They set off to the party together. Because they arrived at the same time, the Jade Emperor went by the order they met the god in the other country. Therefore the Dog became eleventh.