Christmas Traditions from Around the World
Ellie Trinnaman

Christmas, for us, is all about finding the perfect tree, enjoying time with family and friends, and exchanging gifts. However not everyone celebrates the occasion in the same way. Below are some of the traditions which are very different to the English, which I found mostly interesting. 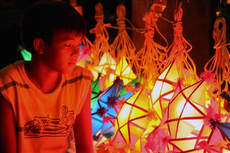 The Philippines: Every year on the Saturday before Christmas, the Philippines host the Giant Lantern Festival. People from all over the Philippines compete to produce the best and most impressive lantern. Though initially crafted from simple materials such as bamboo, the lanterns have become increasingly larger and more intricate over the years. Nowadays lots of the lanterns incorporate impressive lights and colours. The lanterns are then let off to light up the sky, just like the English often use a great amount of colourful fairy lights during the festive season. 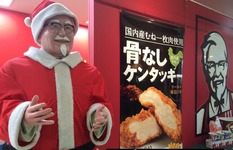 Japan: Christmas isn’t a holiday in Japan, but instead, their tradition is to eat Kentucky Fried Chicken (KFC)!  Over 3.6 million Japanese people go to the fried chicken chain for a special Christmas dinner. Many even order the 3,336 yen ($40) fried chicken bucket, which includes cake and champagne, months before hand so that they don’t have to queue in the shop for hours!

Sweden: Christmas season is celebrated by building a giant straw figure of a goat. The smaller goats are very popular in the country. The Yule goat is said to not only helped deliver presents, but was often Santa’s ride of choice. The massive straw goat, which stands 42 feet tall and takes 1000 man hours to build, is used as part of a bet, how long it’ll last until someone tries to burn it down.

So how will you celebrate Christmas this year? If you are inspired by the examples above maybe try something new and create your own festive tradition