Should the United Kingdom bring back the death penalty?
Juliet Morris 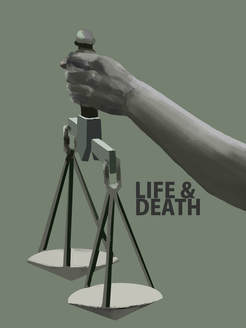 The last executions in the UK took place on the 13th of August 1964. Peter Anthony Allen and Gwynne Owen Evans were executed for the murder of John Alan West on the 7 April that same year. The hanging of the two convicted murderers was a low key affair. The execution didn’t receive any national publicity at the time, yet today they are far more significant than ever before, as we reflect upon on whether or not we should bring back this sentence. Unluckily for Evans and West, the Labour Party was voted into government two months after their execution, and death penalty was banned in the 1965 Murder Act. But now, in 2017, people are asking, “Should we bring back the death penalty?”.

It has been argued that prisoners change in jail, and that if they are killed they are not given the chance to repent their decisions. Indeed, with other forms of punishment available, capital punishment should arguably not be an option. Executions can be violent and disturbing, often causing the person to feel a lot of pain before they are killed.

It has also been proven that the process of the death penalty is not cheaper than keeping someone alive in prison for life, contrary to popular belief. A study by Lewis & Clark Law School and Seattle University, focused on the state or Oregon in the USA, concluded that “maintaining the death penalty incurs a significant financial burden on Oregon taxpayers”. The study also found that 61 death sentences cost Oregon taxpayers $2.3 million, whereas sentencing 313 aggravated murder cases cost a taxpayer $1.4 million on average. But why is it so expensive? This is due to the vast amounts of legal costs, pre-trial costs, jury selection, trial, incarceration and appeals. Not only this, but in the USA, police chiefs rank the death penalty as the least effective method of crime reduction and they do not agree that it is a successful deterrent for murder. In fact, police chiefs and criminologists both agree that is it a waste of tax payers’ money and does not act as a successful murder deterrent. An assessment in California found that the California death penalty cost had reached $4 billion dollars.