Does the Government Care about Mental Health
Ellen Jones 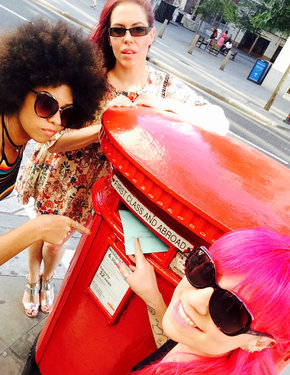 According to a Young Minds report conducted in 2016, we now know that almost half of all ill health is mental illness in people under 65. We also know that conservative estimates suggest that mental illness has increased by 70% in recent years. We know that, according to the ATL, 9 out of 10 schools have had to provide increased support for students in order to help to manage mental health issues.

What we don’t know is why this information doesn’t seem to be ringing alarm bells for the government.

After all, only 1% of funding held by local authorities is invested into mental health services, so obviously those who need help are not going to be receiving it. And despite the fact that, in 2015, the government pledged to invest £1.25 billion into young people’s mental health over the next five years, this money has simply not materialised.
What is often discovered is that funding promised by the government and allocated to local authorities is not ring fenced (meaning that the money can be spent on other things). It seems to me that these supposed investments into mental health are being used to make it look like the government is being proactive about the issue, and to appease voters. The reality is that these investments are not protected (which they should be, if this issue is honestly a government priority) and so are misappropriated.

The government can’t really afford to admit that their educational and economic policies are also damaging young people, and it is my opinion that they are. Austerity has removed services which might have provided early intervention and support before a problem has become embedded, and stopped people developing more severe problems. There are decreased economic prospects, meaning that young people are increasingly worried about their financial futures, being able to pay for university and even how to afford to live. All of these factors contribute to a climate in which mental health and wellbeing will suffer.

In education, Michael Gove’s time as Secretary of State for Education saw creative subjects like drama (which although seen as ‘soft’ by the government, is actually a really necessary outlet) squashed out of the curriculum. Education has (wrongly, in my opinion) become ultimately about academic achievement and created an environment where it is easy to feel as though you are only worth as much as your last grade. PSHE has no mandatory status so schools don’t technically have to teach it and whilst no one really believes it is inessential, the government does not provide funding for it as a subject, and teachers are not specialists  trained in how to deal with complex and sensitive issues.

This is all sounding rather gloomy, but there are people who, in spite of the governments ignorance and or denial, are trying to change the system. The Self-Esteem Team (which includes former Herts and Essex student Natasha Devon), are writing every day to Teresa May in a bid to get her to acknowledge the issue of young people’s mental health and to ensure mental health literacy is introduced into schools. This follows a similar campaign they embarked upon last year, sending letters to David Cameron until they were provided with a meeting with the Department for Education - a meeting which according to them was ‘brief and dismissive’.

At the time of writing, they’re at letter 46 with #letters2tess but to no avail. Evidently, young people’s mental health is not a priority for the government, or else they could be expected to at least acknowledge the concerns they raise.
Clearly change is needed. Although there are definitely things people can be doing in spite of the government’s refusal to deal with the issue, ultimately the government might have to admit their contributions to, and failure to deal with, the issue before we can move forward as a wider community. Until then, the wait for the revolution continues.