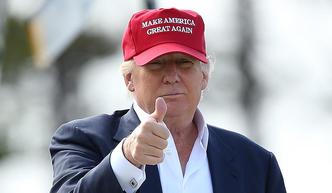 Donald Trump has continued to surprise the world with his straight talking and his grand plans to “Make America Great Again.”
Trump signed an executive order one week after his appointment banning the citizens from seven Muslim countries from entering the US and temporarily suspended entry to all refugees. The federal court opposed this and issued a temporary stay that stopped his order, and later the decision was upheld by the appeal court. There is a great deal of controversy regarding the ban both in the US and throughout the world.

It is an interesting debate. One reason this ban could be beneficial for Americans is because US Homeland Security stated that they see it as a protective barrier for the due to the severe risks of terrorist attacks in the US.  Americans are constantly wary , since the 9/11 bombings the population are  risk averse and support the notion of taking extreme precautions to manage the border and flow of  people into the country especially those that are known to be corrupt at the moment such as Syria and Iraq .  Mr Trump has argued that his administration does not have the capacity to let more people in from these countries for security reasons and the greater good of  the USA. Trump also argued that “it is not religion” but about “keeping the country safe”. Additionally, the seven countries that Donald Trump wished to ban the inhabitants of from entering the US were named by the US Security Services as some of the “most watched countries harbouring terrorists.” Therefore, one could argue that Donald Trump is simply trying to keep his country safe from the threat of terror.

Is it that simple an argument? Trump has many local and international critics who have been arguing that the travel ban is a step too far. Firstly, they encourage us to think about the damaging effects this ban could have on people from those countries who are not terrorists or a threat to US security. One might ask why Donald Trump is generalising the issue so much and affecting the freedoms of innocent people who are from these countries. Surely, he must understand that just because a person is from Iran, Iraq or any of the other banned countries, does not mean they all want to commit acts of terror? His initial ban included individuals who may have been currently living in the US and working there which left people uncomfortable in their own homes and open to potential persecution by racists. The actress Jodie Foster spoke out about this issue urging her fellow Americans to “resist this” and stating that she does not want “history to repeat itself”, possibly drawing a comparison with the early actions of the Nazi party in Germany in their isolation and persecution of Jewish people.

So, what about the people from these seven countries who are now living or traveling to the US causing no harm? One particular example is the Oscar nominated Iranian director Asghar Farhadi who stunned the world when he did not attend the Oscars in protest of the oppression and racism he felt through the travel ban.  He wanted to give people the courage to fight for “unity” and “justice” in the US and stated “President Trump can’t silence me.”  Not only did this make it to the headlines in the US, but around the world, which illustrates the frustration and disgust many people share.

Who knows what the Americans have in store for them in the future.