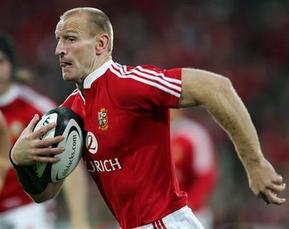 ​When most people hear the name 'Gareth Thomas', they may think of his many achievements in the world of rugby, such as representing Wales in both the rugby union and league.  However, to many other people, he may be recognised for coming out in 2009 and becoming the first openly gay international rugby player.

Thomas, who at the time, told The Daily Mail "I don't want to be known as a gay rugby player. I am a rugby player, first and foremost I am a man", has since done multiple interviews discussing his struggle to hide his sexuality as well as coming out to his team mates.

As Thomas is aware that it is unfortunately still seen as taboo for sportsmen to come out as gay, Thomas said on the issue “When I came out, I hoped it would empower others — and it has. The media focus on professional athletes, but they are a tiny proportion [of those playing sport]. I’ve had [gay] people sending me letters, stopping me on the street: people who aren’t professional, but are taking the courage to play for their Sunday league football team, join their rugby club or cricket team.’’ He commented “[Professionals] may have problems because they don’t have a good support network, because of the religion they are part of or the country they are in: it’s still illegal in 77 countries I think. But the world is bigger than the bubble of professional sport. The fact that people are coming out, slowly but surely, at the top, is helping people in a huge way come out in their masses.”
​
Thomas who remains an icon to many rugby fans will now gain support and a following as he becomes an aspirational figure to members of the LGBT+ community.