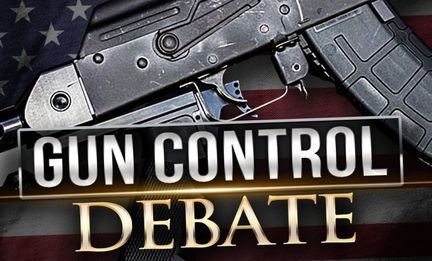 14th February 2018, Valentine’s Day. A day normally associated with frilly hearts and cheesy love songs, and so it was meant to be for Stoneman Douglas high school students in Parkland, Florida. However tragedy struck this year when, instead of chocolates and roses the students were greeted with the sound of gunshots and screams.  As a fellow student Nikolas Cruz, 19, charged in to the school with AR-15 rifle that was used to commit an indescribable tragedy, this weapon of mass destruction was purchased legally by the young teen. 17 kids were massacred that day.


You would think that this would the first case of gun massacres in the USA wouldn’t you, well you would be wrong.  There have been 31 school shootings and around 142 mass shootings since 200, the most recent, other than the school shooting in February, being in the October of 2017 were there was a mass shooting at the Las Vegas Strip in Nevada, leaving 58 people dead and 851 injured. These are staggering statistics for supposedly one of the most powerful nations in the world.  The USA has had the most recorded mass shootings and deaths by gun violence of any country in the world. As well as having a new record beating mass-shooting nearly every other year.

The NRA- National Rifle Association- is the USA’s leading gun distributor, and is also one of the main beneficiaries of The Trump presidential campaign. They, in a statement following the Las Vegas shooting claimed that tighter gun control laws would “won't stop a mad man”, but "will curtail the freedoms of law abiding citizens” a similar phrase that  was repeated after the shooting in parkland this February. After the shooting , the students of Parkland and the families of the victims received floods of messages from politicians and other citizens regarding their condolences, the White house also stated, “ they were sending their thoughts and prayers to the families”. This outraged the students and families of parkland, who instead of ‘thoughts and prayers’ demanded stronger gun control laws, or at the minimum larger constrictions on people being able to attain Semi-automatic weapons especially minors. This reignited the gun debate in The USA, a longstanding debate that has been going on for years, one that hasn’t progressed even after The Sandy Hook School shooting where kindergarteners ( primary school children) where shot and murdered. But this is has changed this year, as due to the protests and campaigning of Parkland students and families, for the first time in the history of the USA , gun control laws have been tightened in the state of Florida. Additionally further protests on March the 14th, where students across all 50 states of the USA walked out of school in unity for this cause provoked a new message that the youth were not going to sit silently and do as they were told, they were going to speak out and hold their own against politicians and the government itself. For a brighter future with less gun violence.

These new laws include : raising the minimum age for buying rifles to 21,adding waiting periods and background checks, providing  a program for the arming of some school employees and hiring of school police, bans bump stocks, and bars some potentially violent or mentally unhealthy people arrested under certain laws from possessing guns. This is believed by many campaigners for Gun control in the US, ‘A very small step in the right direction’. Especially by the many families over the years who have been victims of gun violence.  However there are many gun fanatics that completely disagree with this idea, as they believe that this undermines the rights of law abiding citizens to bear arms.  As stated by the second amendment. They also say that guns are vital in order for people in rural areas of the USA to protect themselves from attracts and intruders, as it would be difficult for law enforcement to assist them they live so far out.  Many argue that these arguments are weak and don’t hold substances in comparison to the detrimental risks and consequences caused when people have such easy access to guns. Such as increased gun fatalities and violence.

The USA has had this debate going on fro years ever since the first Mass-shooting, and every time the problem seems to be evaded and ignored by politicians. Until now. When students and families put their heads together and began their campaign for justice. The consequences of the Stoneman High School Shooting, though tragic, have allowed a new movement to take over in the states and is a perfect example that your voice will not be heard unless you speak out.