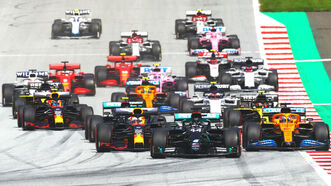 Hello everyone, my name is  Chloe Black and ill be writing the formula one segment of the network alongside Tintswalo Rikhotso. We are both heavily engrossed in the formula one world and thought that it would be interesting to share our views and opinions throughout the F1 season. In this piece however I would like to introduce you to some of the things you need to know of your new to formula one.

Firstly I am  going to talk a bit about formula one racing itself and some of the key points you need to know to understand what I am talking and some of the language we will be using in future editions. Then i will move on to the development of the cars and the FIA and finally finish with some of my favourite driver in formula one and my involvement in the sport.

So formula one racing started in the 1950s and last year has hit its 70th anniversary, in each season there are 10 teams taking part with two drivers each competing for points. These points are given out by the FIA (the international automobile federation) based on positions that the drivers place a certain amount of points are awarded and each race they are tally-ed up for certain champion ships. Some of you may have heard of Lewis Hamilton as he has definitely been on the news recently  . Lewis is now the current holder of 7 world championships and is fighting for his 8th this year. which being certain becoming a challenge due to his competition of Max Verstappen. In other terms with Lewis having 7 champions under his belt means he is equal with the G.O.A.T. Michael Schumacher who is not a literal goat, this means the greatest of all time. F1 is the highest single seat racing that you can get which is why its a honour to take part in this sport as there is only 20 seats every year. Most of these highly talented drivers come from go karting background at a very young age.  They work there way up the leagues until there around 15 to 16 years old which is when they enter f2. F2 is much like a feeder school to formula 1 ,hence the name, as very large teams such as Ferrari and Mercedes watch the f2 races and look for possible drivers.

Moving on now to the development of the cars and FIA. When f1 started the cars where very different to the ones we see on the tracks today. All of the cars at this time had the engines located at the front ,not very useful when in a head on crash!, and were very round with thinner wheels. At this time in the 50s these cars were considered to be very aerodynamic however over theses 70 years these statements have been proven wrong and slight tweaks have been made over the years to have such a high sophisticated vehicle today. Most of these tweaks where highly influenced by the FIA. Such as the DRS ,the drag reduction system, located on the back of the cars which opens like a letter box. This allows the cars to increase speed due to the aerodynamics changing and wind becoming more available as it opens reducing the drag on the car. Many more safety factor have also been introduced very. In 2018 the FIA announced that they will be introducing the compulsory Halo on the car. Halo is the m shaped piece of titanium that sit over the drivers heads when there in the car. Sadly before halo was introduced many drivers had died from severe head injuries during races. Such as Jules Bianchi who in the 2015 Japanese Grand Prix his car collided with a recovery vehicle and unfortunately he did not get to walk away from the accident. However the halo has been proved effective since then. In November of 2020 on the 29th the grand prix was held in in Bahrain where Romain Grosjean collided with a barrier which created an explosive inferno however the halos titanium saved his skull from breaking and he managed to escape with only his hand burns and some injuries that have needed physio. The halo is proving to us fans every race it is saving life’s from the smaller flips to large crashes such as Grosjeans. 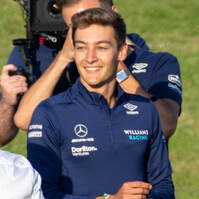 So just to finish off and talk about some of my favourite driver and my involvement in formula one racing.  F1 has been in my life since was a toddler. Since i could walk and talk every Sunday afternoon when the season starts me and my mum sit down and watch the race together. Over the years I have seen many historical drivers that are astonishing to watch but non compare to my favourite driver George Russell. For the last few years George has been in formula one he started as a rookie in F1 in 2017 joining  Williams racing team after winning the F2 championship by miles. Even though his great success in F2 in Georges first few years of being at Williams struggled to get a point as his car lets him down but his spirit was always high and he has persevered . Only this year in the 2021 season both Williams drivers George Russell and Nicholas Latifi have achieved points for there team. They stand at 8th in the constructors championship with 23 points between them. George has also been signed to Mercedes for next year! He will be leaving Williams and driving at Mercedes with Sir Lewis Hamilton, a team to look out for. This is an incredible achievement as potentially  the move could make him a future world champion as a Mercedes’ engine certainly won’t let him down.

​And finally my involvement in F1 ,is not racing however modelling for the Silverstone race car track. F1 was born in Britain so it is a honour to represent the place of its birth. Its amazing to think that the drivers visit the Silverstone track and see huge posters, leaflets and even my face on the building! it’s surreal and I'm so happy I had the opportunity to take part in the advertisement for the British track! And I wouldn’t be surprised if someone hasn’t crashed into my face yet. Soon i will be visiting the Silverstone museum to be interviewed, take photographs for there social media and have some fun at the fabulous track. Hopefully i will be completing an segment on this visit for you to all enjoy as well!


i hope that this introduction to our section was helpful and you enjoyed it, perhaps you can become so obsessed with racing as i am!


keep you updated on all the drama