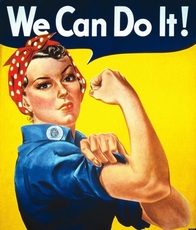 On the 24th October 2015 The Spectator declared that Feminism is dead. More recently, Piers Morgan also claimed this. So is Feminism really dead or is this an attempt to quieten problems society has failed to tackle?

Gender equality has come far with the 1970 Equal Pay Act and 1975 Sex Discrimination Act and more recently a new female Prime Minister in Theresa May. But gender inequality remains with approximately 85,000 women raped each year, 72% of sexism in the media being directed towards women, and the gender pay gap remaining at 19.7%. On top of this, a recent study highlighted by Emma Watson shows half of women in the UK have been sexually harassed at work. All this reflects Feminism is very much still needed.

It could be argued the assassination attempts against Feminism reflect the increasing anxiety about the impact of Feminism on males. Girls currently outperform boys at school and male suicide rates are rising. An argument against Feminism is that by advocating for women, something has to be taken away from men. However, equal rights are for the benefit of everyone. Harnessing the potential for the whole of society rather than half will benefit everyone.

In my opinion, Feminism should live on until all problems are solved for both men and women. Feminism is normally perceived as advocating for women’s rights and some people think that it is against males. However, I truly believe feminism is for the benefit of everyone and would create a more fair, equal and efficient society.