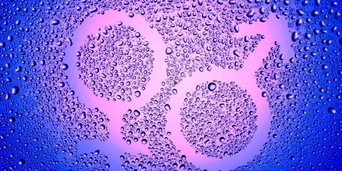 
Why do we need all these labels?


I'm all for LGBT+ equality (I have friends and family who fall into some of the categories above). However, I believe the need for overly complex and often confusing and overlapping labels has gone too far. One quick look on Urban Dictionary or Tumblr and you'll be overwhelmed by these new, 21st century words. You might also observe how these labels have caused divides within the LGBT+ community itself: Pansexuals (people attracted to all genders, not limited to just male and female) may show discrimination  towards bisexuals (people attracted to the binary male and female), despite being very similar in terms of sexuality. This prejudice has undoubtedly added to the discrimination found in the largely heteronormative (where heterosexuality and binary genders are the norm) and cisgender (people who identify as heterosexual and a binary gender) world in which we live in.


But I understand how these labels can be important. It's only by using them - homosexual, transgender, asexual, etc. - that issues around gender and sexuality can be openly discussed and our prejudices can be told to take a hike. And while most of those labels mean nothing to me, they are crucially important for that one person struggling to understand who they are. One reason for this article is to inform people of the different terms people may identify with. But could the labels themselves be harmful? Could people be hurt by being labelled as simply 'gay' or 'straight' by their peers? This also goes for more offensive terms like 'dyke' or 'faggot'. We are taught that "sticks and stones may break our bones but words will never hurt us". This isn't true. The worst kind of pain is emotional. With time, I think – and hope - these labels will become obsolete. The last couple of decades have seen a huge transformation in how gender and sexuality are viewed, discussed and explored and we live in a society more open-minded than ever before. A recent YouGov survey found that 50% of 18-24 year olds identify as neither gay nor straight. Let’s hope this open-mindedness continues because, at the end of the day, what difference does it make?