Is the use of leather in fashion still acceptable?

​In the last decade, more and more people have adopted a plant-based lifestyle, no longer choosing to rely on animals for food or material items. Data from 2016 suggests that around 10% of the world’s population is vegetarian or vegan. With an increased interest in animal welfare and the environmental impacts of farming, many are beginning to ask the question: does animal leather still have a place in our fashion industry today?

The fashion industry is hardly known for catering to vegans, as use of leather (cow, calve and crocodile), fur, snakeskin and wool is all still common among high-fashion houses, Fendi being a particularly infamous offender. And although the ethics of fur have been questioned for many decades now, leather was still widely accepted until recently, when people have started to think about the real price of their clothing.

One of the obvious immoral aspects of leather is its source. Most leather is taken from cows, who are of course slaughtered in order to obtain their skin, which is then treated in tanneries, although leather can also come from more exotic animals, such as snakes, lizards and crocodiles. The killing of cows for food is something which has become rather controversial in recent years, more so than other livestock due to their impact on climate change through the production of methane and the land used to farm them in South America, most of which used to be a part of the Amazon rainforest. But whether or not one agrees with this industry, the global production of beef shows no signs of slowing down, with over 90,000 cows killed a day on average. If this is going to happen regardless of activism against it, wouldn’t it make sense to use leather – usually a by-product of the meat industry – in fashion products, rather than waste it?
The answer to this question is not as obvious as it may seem. Not all leather comes from cows (around 65% does), and the range of other animals used for this reason is huge; goats, pigs, snakes, crocodiles, lizards, and even fish. But probably the most controversial type of leather is dog and cat.

The production of dog leather is widespread in East Asian nations such as China, where animal welfare laws do not exist. Most of these animals are stolen pets, who are bludgeoned to death, then skinned. The leather is then sold to countries such as the USA and UK, where it is sold under the label of cow or pig skin. This is highly illegal in the UK, but once the skin has been treated, it is difficult to tell it apart from leather originating from a livestock animal. This alone could be a convincing argument for any “animal lover” to give up leather, and start wearing alternatives, such as vegan “pleather.”
However, those who are pro-leather would have another argument to go against this; if you want to save the planet, don’t wear the fake products.

“Pleather” (plastic leather), as the name suggests, is made of plastic. It is a well-known fact nowadays that plastic waste and production is terrible for the environment, and has a large impact on climate change, as well as harming wildlife and their habitats, and the production of faux leather uses two of the most harmful types of plastic: PVC and polyester. Therefore, it can be argued that vegan alternatives to leather are more harmful to the environment than leather itself, which is a by-product of the most harmful industry to the environment. Pleather products are also less durable and generally poorer quality than genuine cows’ leather, meaning that they need to be re-purchased more regularly. This of course creates a higher demand for the production of fake leather products, increasing the damage to the planet further.
​
So, as previously stated, the question of whether real leather for fashion should still be used in our western society today is a complex one, which cannot be answered easily. But one thing can easily be concluded: leather and its vegan alternatives are both greatly harmful to the planet, and both immoral in different ways. That being said, maybe the future of fashion should be one that doesn’t include the concept of leather at all, but instead uses materials which are sustainable and more moral.
​ 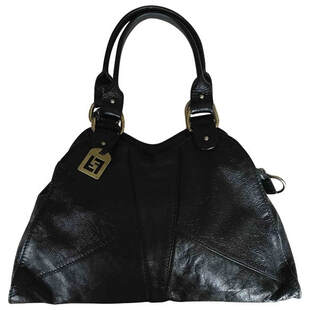