Is Cannabis Legal in the UK?

Marijuana has been around since the stoned age, but is it legal? 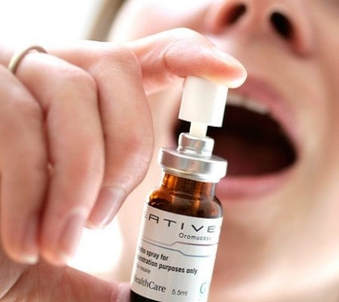 Cannabis, or ‘weed’ as many people know it by, continues to be a popular discussion point, partly because it is one of the most common illegal drugs in Britain, but also because an increasing number of countries are legalising its use: either for medicinal or recreational reasons.

As of October of this year, the drug is now legal for recreational use in Canada, Italy, Holland, Spain, nine Central and South American countries and nine US states, to name but a few.
But what about us? Great Britain remains near the back of the queue when it comes to legalising cannabis. However, there has been a recent change in the laws surrounding the drug: cannabis can now be legally prescribed for medicinal reasons.

Don’t get too excited though, there are very strict guidelines which you have to meet to come near to getting lit legally. Find out if you meet these requirements now:

It’s also important to note that your doctor won’t hand you a joint just like that; the drug will be prescribed in the form of cannabidiol (CBD) with the branded name Epidiolex (for epilepsy) or Savitex (for nausea), both of which are liquids. Cannabidiol is a chemical found in marijuana/hemp plants. Essentially, it is cannabis without THC, but what’s THC?

THC (Tetrahydrocannabinol) is a psychoactive compound found in marijuana. It has the exact same chemical structure as Cannabidiol, with the only difference being a slight change in how the atoms are arranged. There is a much bigger difference, however, in the effects of the chemicals on the body. CBD is the main compound found in medical marijuana and has no proven health-related side effects. THC, on the other hand can cause memory loss, red eyes, a dry mouth and more (minor) short term effects; in the long term, it may be connected to negative psychiatric effects, such as a relapse in schizophrenic symptoms. It is also the compound in marijuana which creates the feeling of euphoria.

This means that another notable point is that you can’t actually get high from the cannabis found in medicine, because it doesn’t contain THC. So, only cannabis with the psychoactive compound removed can be prescribed, and only to a select few.

Is this a disappointing outcome? Well, it’s not quite completely decriminalising cannabis, like Canada (in fact it’s almost the bare minimum of legalisation) but it’s a step. Whatever your views on the whether marijuana should be made legal, it has to be said that the plant has not been properly researched. Perhaps with a bit more publicity, the drug could be tried and tested to see whether it really is a useful substance in the world of medicine. Until then, only very few will be able to try it.