2016 has already seen the Oscars, the BAFTAs and the MTV movie awards now it is time for the Network movie awards!

﻿Hunger Games (2012-2015)
The Hunger Games franchise consists of four films based on The Hunger Games trilogy of novels, by the American author Suzanne Collins. ‘The Hunger Games’ is set in our world, but in a post-apocalyptic time. The Capitol is the cruel Government of the twelve districts of Panem. As punishment for a revolution in the past, the Capitol created the Hunger Games. One boy and one girl are chosen from each district to fight on live television until only one child remains. Our main character is Katniss Everdeen, who volunteers in the place of her younger sister Primrose for District Twelve. The three films follow Katniss in her journey in the games and out of the games while she tries to overthrow the Capitol.  It boasts an incredible cast including Jennifer Lawrence as Katniss Everdeen, Josh Hutcherson as Peeta Mellark and Liam Hemsworth as Gale Hawthorne. The Hunger Games is the 15th highest-grossing film franchise of all time, having grossed over US$2.9 billion worldwide. It is a thrilling and exciting set of films which I thoroughly recommend. 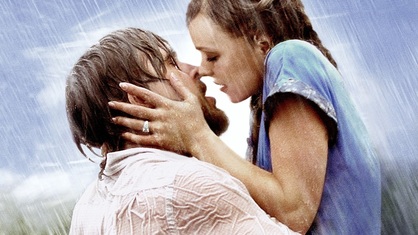 Best Romance – The Notebook (2004)
The Notebook is based on the 1996 novel of the same name by Nicholas Sparks. The film stars Ryan Gosling and Rachel McAdams as a young couple who fall in love in the 1940s. Their story is narrated from the present day by an elderly man telling the tale to a fellow nursing home resident. It’s a tale of extraordinary love between a poor country boy and rich city girl whose love lasts decades enduring separation, war and disease. It is the 14th highest-grossing romantic drama film of all time and you can see why, as it is a beautiful film, which pulls at the heart strings. 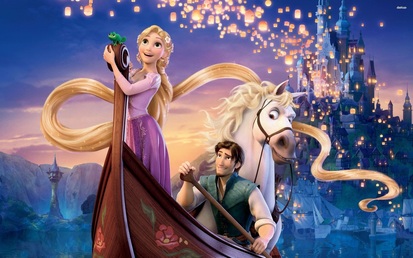 Best Animated – Tangled (2010)
Tangled is the 50th animated feature in the Walt Disney Animated Classics series. It is loosely based on the German fairy tale "Rapunzel" in the collection of folk tales published by the Brothers Grimm. It features the voices of Mandy Moore and Zachary Levi. The film tells the story of a lost, young princess with long magical hair who wants to leave her secluded tower. Against her mother's wishes, she accepts the aid of a handsome intruder to take her out into the world which she has never seen. Tangled spent six years in production and is the most expensive animated film ever made. It’s a fun and colourful story which everyone can enjoy no matter how old you are. 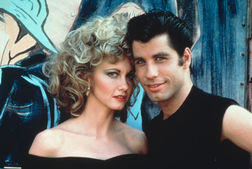 Best Musical – Grease (1978)
Grease is an American musical romantic comedy directed by Randal Kleiser and produced by Paramount Pictures. In the United States, the film still remains as the highest-grossing movie musical of all time The film is an adaptation of Warren Casey and Jim Jacobs' 1971 musical of the same name about two lovers in a 1950s high school. The film stars John Travolta, Olivia Newton-John, Stockard Channing, and Jeff Conaway. Grease is a classic that I believe will never go out of date with a catchy soundtrack and entertaining story. 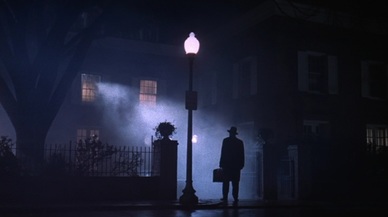 Best Horror – The Exorcist (1973)
The Exorcist is an American supernatural horror film directed by William Friedkin, adapted by William Peter Blatty from his 1971 novel of the same name. The book, inspired by the 1949 exorcism of Roland Doe, deals with the demonic possession of a 12-year-old girl. Her mother attempts to win back her child through an exorcism conducted by two priests. It’s been over 40 years since it was released but it continues to excite, disturb and scare people. I believe it still holds the title of the “scariest film” and is one to watch if you are up for a scare.

Best Comedy – We’re the Millers (2013)
We’re the Millers is a hilarious film which follows a small-time pot dealer who convinces his neighbours – stripper Rose, teenager Kenny and runaway Casey to create a fake family, in order to smuggle in drugs from Mexico into the US. It stars Jennifer Aniston, Jason Sudeikis, Emma Roberts and Will Poulter. I found it thoroughly entertaining and laughed throughout.

Best Adventure – Jurassic Park (1993 – 2015)
Jurassic Park focuses on a disastrous attempt to create a theme park of cloned dinosaurs. It began in 1990 when Universal Studios bought the rights to the novel by Michael Crichton before it was even published. Currently there are four films in the series but it has been announced there will be two more in the future. It’s been described as the biggest blockbusters of all time and I agree.

Best Drama – Titanic (1997)
Titanic is a 1997 American epic romantic disaster film directed, written, co-produced, and co-edited by James Cameron. It is a fictionalised account of the sinking of the RMS Titanic in 1912. It stars Leonardo DiCaprio and Kate Winslet as members of different social classes who fall in love aboard the ship during its ill-fated maiden voyage. Cameron's inspiration for the film came from his fascination with shipwrecks; he felt a love story connected with the human loss would convey the emotional impact of the disaster. Production began in 1995, when Cameron shot footage of the actual Titanic wreck.  It won 11 Oscar Awards and is still named one of the best films of all time. I think this classic is devastatingly beautiful but nevertheless an incredible film.

Best Science Fiction – Star Wars (1977-2015)
Star Wars is incredible franchise, centred on a film series created by George Lucas. It depicts the adventures of various characters "a long time ago in a galaxy far, far away". The first ever Star Wars was released on May 25, 1977 by 20th Century Fox and became a worldwide pop culture phenomenon. The original Star Wars trilogy also includes The Empire Strikes Back (1980) and Return of the Jedi (1983).A prequel trilogy was later released between 1999 and 2005. All six films were nominated for or won Academy Awards, and were commercial successes, with combined box office revenue of $4.38 billion, making Star Wars the fourth highest-grossing film series. In 2012, Disney took over Star Wars and announced three new Star Wars films; the first film of that trilogy, Star Wars: the Force Awakens, was released last year. Star Wars is an exciting franchise which brings both the old and new generations together.

Best Fantasy – Harry Potter (2001-2011)
The Harry Potter franchise is based on the Harry Potter novels by author J. K. Rowling. The series is distributed by Warner Bros. and consists of eight fantasy films beginning with Harry Potter and the Philosopher's Stone (2001) and finishing with Harry Potter and the Deathly Hallows – Part 2 (2011).It is the second highest-grossing film series with $7.7 billion in worldwide receipts. The films tell the story of the life of a young wizard, Harry Potter, and his friends Hermione Granger and Ron Weasley, all of whom are students at Hogwarts School of Witchcraft and Wizardry. The main story arc concerns Harry's struggle against Lord Voldemort, the Dark wizard. The cast is impressive and stars Daniel Radcliffe, Rupert Grint and Emma Watson.