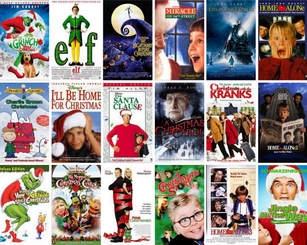 As Christmas is slowly approaching, I have compiled some of, in my opinion, the best Christmas films to get everyone in the festive mood.

This is a guide of the best Christmas films to either get you in the festive mood or if you just fancy watching a Christmas film but don’t know which ones to watch. This includes some of the Christmas classics with some personal favorites of my own that you may not have heard of but are just as brilliant. Kicking of the list with my absolute favorite is Elf. Elf is probably the most played Christmas film on TV at this time of year, so I guarantee you will have lots of opportunities to watch the film. Elf follows the story of Buddy who grew up in the North Pole as one of Santa’s elves and discovers that he is not an Elf. Instead, he learns that he has a father in New York City whom Buddy leaves the North Pole in search of. It is a truly heartwarming film, perfect for the whole family to watch.

Number 2 on my list is Home Alone. This is another classic that is played several times in the festive season. The film provides the perfect mix of humor and Christmas spirit. Although the majority of the film is based on the comedic effect, the end perfectly illustrates the importance of being with your family on Christmas and how being without your loved ones at Christmas time is not quite the same. The reason why I love the film and would recommend it is because it is a film that the whole family can laugh at and enjoy the Christmas elements at the same time.

Number 3 on my list is Dr. Seuss’s How the Grinch Stole Christmas. The film follows the story of the Grinch who tries to ruin Christmas for the inhabitants of Whoville. The film is the perfect Christmas film to watch because it shows how the presents and the decorations are not the most important thing about Christmas; it’s actually who you spend Christmas with and the kindness that you give to others at this happy time which matter. The film is also perfect because it includes some Christmas songs that just make you want to listen to all the classic Christmas songs.

Number 4 on my list is a Christmas film that was released last year. Not many people would have heard of the film as it was just brought out for the television. But that does not denote its value in any way. In my opinion it should have been released at the cinema for everyone to see. However, just because it was not released as a DVD does not mean that it is not as good as any of the others films. The film was called a Puppy for Christmas. The film is about a woman (Noel) who has always wanted a puppy and discovers a puppy at Christmas time with no home. So this results in her taking home but the puppy causes lots of problems for her personal and professional life. That’s what you think at the start of the film, but the story turns from how she thought the puppy ruined everything to the puppy making her life better in ways she didn’t even realize. The reason why this is in my top list of Christmas films is because it follows the love story between the puppy and Noel and it just emphasis everything that Christmas is about.

The final Christmas film on my list is The Nativity. The Nativity is about a school where one of the teachers ends up telling the school that Hollywood is going to go and see their Nativity. However, this is not the truth. The teacher has to race against time, money and power to make Hollywood go and see there Nativity in order not to disappoint the Children. The reason I loved the film and recommend that people watch it is because it reminded me of when I was at primary school, when there was so much dedicated to Christmas and the enjoyment of Christmas, so it just made me feel carefree and excited for Christmas.