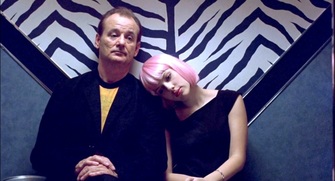 An American actor, named Bob Harris (played by Bill Murray), and Charlotte, a young woman accompanying her husband on a work trip (played by Scarlett Johansson) meet each other in a strangely calm moment within the chaotic and bold, bright landscape of Tokyo. Unusually, considering the age difference between both of the characters, they strike up a friendship as they both find they are able to confide in one another about problems they feel they cannot share with anyone else. On the surface, the narrative appears to be relatively simple; however, so much is discovered through the subtleness of the characters’ actions rather than their words, as each individual evolves, developing their relationship. 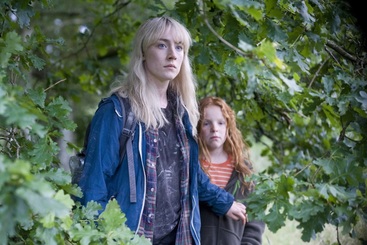 ,How I Live Now is based on the novel by Meg Rosoff published in 2004. The story follows the lives of Daisy (Saoirse Ronan), a teenager from New York, as she is sent to stay with her cousins in the rural English countryside whilst nuclear war breaks out in America. The dark, dystopian narrative contrasts to the peaceful shots of the family playing in the vast fields surrounding their country house until they hear news of the war conflict spreading across Europe to London. There, she and her cousin Edmond (George MacKay) face a bitter fight to keep themselves safe and their family together. Comparisons of the dystopian teen story include The Hunger Games and The Maze Runner. However, How I Live Now has a more sinister atmosphere as it deals with situations, which feel more realistic than the fictional settings and characters in the previously mentioned film series. Overall, How I Live Now is unlike any other film of its type. 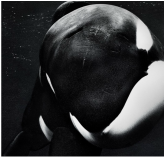 This documentary film follows the story of the killer whale, Tilikum, and his life in captivity after he was separated from his family and taken out of his natural environment in 1983 at the age of two years old. Cowperthwaite does not hesitate in showing the audience unseen footage of the conditions performance animals live in and shock viewers with statistics which have never been discussed before. Overall, it is powerful and thought provoking, as it educates its audience on the extreme psychological distress of killer whales in captivity that are used to entertain crowds at amusement park venues whilst making organisations like SeaWorld in Orlando a hefty profit.