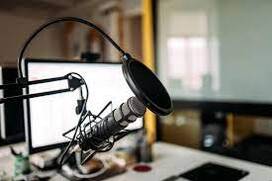 The latest fumble in Bumbling Boris’ long repertoire of screw-ups, the 3-year Prime Minister is now being dragged in front of parliament to answer for his inability to perform the easiest task of his entire life: Get paid to stay at home.


​Background
​An alleged party was first reported to the press on 30 November 2021, to the Daily Mirror specifically, that some 10 Downing Street staff had held ‘gatherings’ during the 2020 Christmas season, when the rest of us were caged up indoors by BoJo’s personal command. Boris Johnson had responded stoically, stating that ‘all rules had been followed’, and Downing Street denied that a party took place. Later, in classic political fashion, we learned that was a complete lie. Over time more and more, tid-bits of information were brought to light, each with a retort from Johnson: One party had 30 people – Boris claimed he’d already apologised for it; another had FORTY people in May 2020 during the first lockdown; that one apparently wasn’t a party; and the coup de grace of Boris’ sesh-fests, two absolute ragers the DAY BEFORE Prince Philip’s Funeral. For that he had to grovel directly in-front of the Queen for, as one might expect. 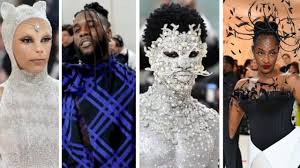 ​At the point before the investigation into his ‘misconduct’ Boris had a portfolio of over 16 parties, for those leaving their jobs, for his birthday, and some just for fun. He’d even managed to be caught on camera by an aide from across his garden fence, throwing back a flute of champagne like there was no tomorrow. As of the 24th January this year, the bundling of evidence and allegation had managed to finally find its way through to the Metropolitan Police, under the guidance of the Conservative party. Obviously, with the Conservative party investigating themselves, they found out that they did nothing wrong. Surprise, surprise. After significant (putting it lightly) backlash from this outcome, another inquiry was commissioned, the result of which led to a hefty, mid-boggling, bankrupting fine… of £50 pounds. These fines were handed out to roughly 126 MP, who each have a minimum annual income of £80,000. It probably cost more to get all of their drinks in.
The Past Catching up

After a continuous barrage of public outcry, the top-dogs started to notice that they can’t just shut their eyes and hope it goes away, like they usually do, so Ms Sue Gray head of propriety and ethics in the Cabinet Office, was tasked with doing an actual report this time – and the government’s indiscretions regarding partygate were aired for the first time on the 25th of May 2022.  She suggests ‘Downing Street became a bubble during the pandemic and staff did not truly appreciate how their actions sat in relation to the sacrifices being made by the wider public.’
“I have already commented in my update on what I found to be failures of leadership and judgement in No 10 and the Cabinet Office. The events that I investigated were attended by leaders in government. Many of these events should not have been allowed to happen.”

“It is also the case that some of the more junior civil servants believed that their involvement in some of these events was permitted given the attendance of senior leaders. The senior leadership at the centre, both political and official, must bear responsibility for this culture.” 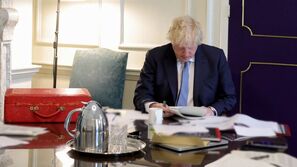 ​The release of the report has been placed tactically, to coincide with The Prime Minister’s Question, the weekly grilling session in parliament where any of the 650 MP’s have the chance to ask any question they feel like to the PM, on national TV. If you’re a fan of TV drama, I suggest you find a re-run of this week’s PMQs, get some popcorn going, and enjoy the show.