With the summer holidays approaching and many of us being left with so much free time as we await the start of new term in September, now is a perfect opportunity to immerse yourself in a book!
Below is a complete list of short novels that I would personally recommend to anyone. 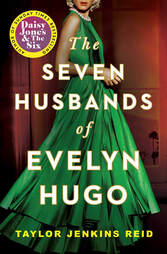 THE SEVEN HUSBANDS OF EVELYN HUGO

Aging and reclusive Hollywood movie icon Evelyn Hugo is finally ready to tell the truth about her glamorous and scandalous life. But when she chooses unknown magazine reporter Monique Grant for the job, no one is more astounded than Monique herself. Why her? Why now?
Summoned to Evelyn’s luxurious apartment, Monique listens in fascination as the actress tells her story. From making her way to Los Angeles in the 1950s to her decision to leave show business in the ‘80s, and, of course, the seven husbands along the way, Evelyn unspools a tale of ruthless ambition, unexpected friendship, and a great forbidden love. Monique begins to feel a very real connection to the legendary star, but as Evelyn’s story near its conclusion, it becomes clear that her life intersects with Monique’s own in tragic and irreversible ways.​ 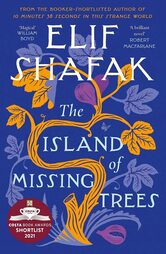 THE ISLAND OF MISSING TREES
​
Two teenagers, a Greek Cypriot and a Turkish Cypriot, meet at a taverna on the island they both call home. In the taverna, hidden beneath garlands of garlic, chili peppers and creeping honeysuckle, Kostas and Defne grow in their forbidden love for each other. A fig tree stretches through a cavity in the roof, and this tree bears witness to their hushed, happy meetings and eventually, to their silent, surreptitious departures. The tree is there when war breaks out, when the capital is reduced to ashes and rubble, and when the teenagers vanish. Decades later, Kostas returns. He is a botanist looking for native species, but really, he’s searching for lost love.​ 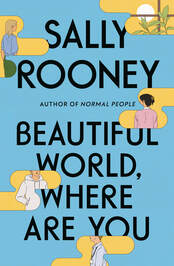 ​BEAUTIFUL WORLD WHERE ARE YOU
​
Alice, a novelist, meets Felix, who works in a warehouse, and asks him if he’d like to travel to Rome with her. In Dublin, her best friend, Eileen, is getting over a break-up and slips back into flirting with Simon, a man she has known since childhood. Alice, Felix, Eileen, and Simon are still young—but life is catching up with them. They desire each other, they delude each other, they get together, they break apart. 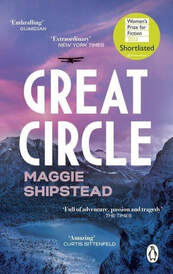 THE GREAT CIRCLE
​
After being rescued as infants from a sinking ocean liner in 1914, Marian and Jamie Graves are raised by their dissolute uncle in Missoula, Montana. There—after encountering a pair of barnstorming pilots passing through town in beat-up biplanes—Marian commences her lifelong love affair with flight. At fourteen she drops out of school and finds an unexpected and dangerous patron in a wealthy bootlegger who provides a plane and subsidizes her lessons, an arrangement that will haunt her for the rest of her life, even as it allows her to fulfill her destiny: circumnavigating the globe by flying over the North and South Poles.
​ 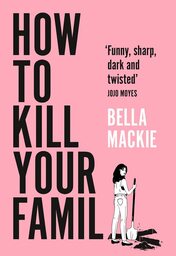 HOW TO KILL YOUR FAMILY
​
When Grace Bernard discovers her absentee millionaire father has rejected her dying mother’s pleas for help, she vows revenge, and sets about to kill every member of his family. Readers have a front row seat as Grace picks off the family one by one – and the result is as and gruesome as it is entertaining in this wickedly dark romp about class, family, love, and murder.

But then Grace is imprisoned for a murder she didn’t commit.

It's also useful to look at your local libraries and book stores for any events they are holding over the summer, this could encourage you to get into it and feel a sense of community around the books you are reading!