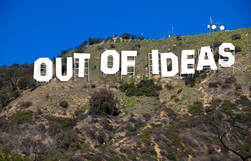 In 2017, there seems to have been more remakes, reboots and sequels to movies than ever, and while it’s totally understandable to want more of the same, shouldn’t there be a limit?

With trailers for Blade Runner 2049 and Jumanji: Welcome to the Jungle being shown in cinemas, I can’t help but think that it’s totally unnecessary to remake films that were already good the first time around. Does anyone really want to see Jumanji, for example, with great CGI effects and with new actors? Sure, the original didn’t have the best special effects, which were in truth sometimes laughable, but at the time they were quite advanced. It only makes it more endearing to look back to now from a better technological standpoint. The point is, does the fact that the movie would look better with today’s technological means justify a remake? Probably not.

And it’s not as though the remakes are often successful. The remake of the classic horror film The Mummy starring Tom Cruise was hated by critics and cinema viewers alike, despite turning a massive profit. This is probably down to Universal’s insistence to copy Marvel, and create the Dark Universe franchise, which is a franchise entirely based on rebooting old classics, so it’s no surprise that no one is interested. So why do they still continue to reboot classic films? Perhaps it is because the familiar name means that people are more likely to pay high cinema prices to see it. Or maybe it’s because they’ve run out of ideas.  Or they want to expand upon the original concept. Either way, I would rather welcome interesting and new ideas, rather than a stupidly expensive CGI-fest.

Please don’t get the wrong idea, it’s not as though I have a bias against remakes. I even think that in some cases they can be even more effective than the original, or that they can be adapted and changed to better suit the time. An example of this is the 2006 James Bond film Casino Royale. This film completely captures the perfect tone for an action movie, unlike the comparatively unsuccessful original, which didn’t really seem to understand that perhaps a comedic tone isn’t best suited to a dramatic spy thriller.

Overall, I would have to say that it would seem as though Hollywood is running out of ideas, and is rummaging through archives in order to find something to produce. The solution to this problem is that Hollywood should allow new filmmakers and directors to have the opportunity to create films that have new, interesting ideas. Yes, that is a very rare occurrence, on account of how producers decide that to allow new ideas is too much of a risk, and that it may be a major loss. But I think that we should accept the losses with open arms, since at least we wouldn’t be shown the same old film with a fresh coat of paint.