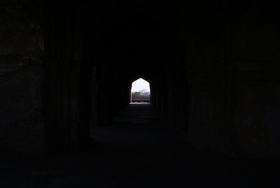 What is the speed of dark? (Alex Agnoli)
Great question! Light travels at 3.00x108ms-1 (in a vacuum) - in other words, really really really fast - but what about darkness? There’s a wonderful quote from Sir Terry Pratchett which I believe sums it up quite well: “Light thinks it travels faster than anything but it is wrong. No matter how fast light travels, it finds the darkness has always got there first, and is waiting for it.” More scientifically, darkness can’t have a speed, since it isn't a physical or quantum object, but rather absence thereof. Darkness is the absence of light, not something that exists, and so it makes no the question of how fast it travels cannot be asked or answered. 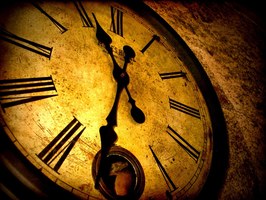 Is time travel possible? (Jess Billington)
Yes...and no. It is possible to travel forwards in time through a process called time dilation, whereby time, relative to a stationary observer, passes at differing rates dependent on either movement of the object, or the effects of a gravitational field, such as a black hole. To try to travel backwards in time is much more problematic. It is often theorised that time is a ‘fourth’ dimension much like our current three, and therefore in theory it isn't unrealistic to propose we could travel back in time. However, time travel already introduces a host of theoretical problems, most notably paradoxes, and travelling backwards only introduces more of these. 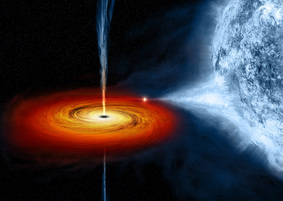 What happens to things when they go in a black hole? (Tom Drath)
In short, spaghettification! This references the process of distortion that an object undergoes as it nears the black hole’s event horizon (the ‘point of no return’) where the object is stretched vertically and thus compressed horizontally. In addition, the object will undergo significant time dilation, outlined in the previous answer. As for what happens to the object after they pass the event horizon, it is unknown, since no current detection method can see into a region from which even light and other EM radiation cannot escape!
Inspired to ask a question? Go here.