​Should the government raise the national minimum wage? The UK vs the US 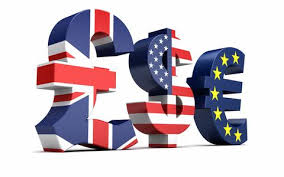 ​1999 saw the introduction of the national living wage in the UK. This is a baseline minimum wage for adults in full-time employment receiving an hourly wage. The national living wage increased recently, in April 2019 - from £7.83 to £8.21. However, some still believe that further change is necessary in order to improve the standard of living enjoyed by people in the UK.

Indeed, it is arguable that, in the UK, pay has risen above current levels of inflation, thus improving the standard of living for many people disproportionately. This is among the many benefits of increasing the national living wage. Improved social justice and savings in welfare payments for the government are also advantages that would come of further increases. However, such an idea is not without its drawbacks. For example, the wage decided by the government may be too high for employers. This would reduce the appeal of enterprise due to the higher prices involved, thus leading to higher levels of unemployment. In particular, this would be an issue for young people. Suggestions to raise the minimum wage for school leavers to £10 an hour would reduce the employability of inexperienced young people, as the cost of employment would be so similar to that of highly experienced adults that they are devalued.

Despite this, many people point to the fact that, for young people, minimum wage may range from £4.20 to £5.90 an hour. This is far from the living wage, and makes it impossible for young people to live independently – however, this disadvantages thousands of less fortunate people, as they are not able to pay their own way. Philip Hammond’s considerations of a big increase in minimum wage to end low pay, poverty and a low standard of living – giving the UK the world's highest minimum wage – may sound nice, but is open to debate. Is it realistic? It would inevitably result in a great increase in the happiness of workers, who would have a greater incentive to work, but whether this would cause damage to the economy is a concern. It is easy to claim that productivity and staff morale would increase as well, however, there is no explicit evidence for this, therefore such an increase poses a risk to the economy that, in a time of austerity and upheaval, may not be a viable option. Adding to this, there are worries over whether increased immigration could be a result. Doubtlessly, such a generous wage would be appealing to foreign workers of all skill levels. Yet, whether or not we have the housing capacity required to sustain such an increase in population is questionable. Currently, the UK experiences record levels of employment and a rapidly growing economy – our economic circumstance is positive. Arguably, this inspires hope, but further increases to the national minimum wage could lead to stagnation and economic crashes, such as those seen in 2008.

In contrast, in the US, the federal minimum wage, established in 2009, was $7.25 an hour. This has not risen since – thus, not taking the levels of inflation experienced by the US economy into account. In 21 of 50 states, the federal minimum wage binding. This means that, for millions of workers, wages have lost 16% of their value because of inflation, thus meaning that their standard of living has decreased. However, in 29 states and the District of Columbia, a higher, state-level minimum wage has been put into place; hence, workers have a better standard of living. Indeed, in Washington State and Massachusetts, minimum wage is $12 an hour. New York City bests this, enjoying a minimum wage of $15 an hour. Recently, in the majority of regions within the US, minimum wage has risen above inflation and typical wages. However, whether such regional variation is a good idea or not is questionable.

While, arguably, this difference in wages accounts for the difference in demand for minimum-wage workers in different areas, it may also be said that this is unfair for individuals, who should not be forced to change their way of life by moving to different areas purely due to the wage they may receive. However, the varied cost of living in different areas contradicts this. New York City is one of the most expensive places to live in the US; therefore, surely the minimum wage put in place there should reflect this.

The reduced poverty and income inequality seen would additionally mean decreased federal government spending on safety-net programs such as food stamps and MedicAid, which currently cost federal and state taxpayers more than $150 billion a year. $120 billion of extra money would be generated in taxes from higher wages. Possible uses for this money include reinvesting in local communities, stimulating the economy and spurring greater business activity (with job growth as a consequence). Indeed, recent studies have found that modest increases in the minimum wage have not lead to job losses, thus unemployment would not be an issue, as is so for the UK. Thus, these economic improvements would benefit the population as a whole, rather than a minority of people.

Overall, for the US, the benefits of raising the minimum wage outweigh the costs – however, for the UK, this is arguably a different story, especially considering our tumultuous political context.