The effect that social media is having on those around us is unknown to us, but it’s still there and
it's creating something impactful and potentially harmful. Children are getting younger and younger when they get their first phone: but who is to know what they’re doing on it?
In recent years, there has been a big increase in those adopting a diet or a lifestyle that affects their body and weight. Some 542,000 people aged 15 or over have adopted a plant-based diet - up from 150,000 in 2006. The number of vegans in Britain has risen by more than 360% over the past decade, this is substantial amount but this can’t be put to just social media - we have to consider the other impacts that could be making these young people chose to follow these diets.
​
Some parents will go to great measures to block social media on their children’s phones or monitor it, but how much is too much? Is this a solution to change the perspective of the effects of social media? People use social media daily but most are ignorant to the lasting effects on themselves. Whether it is through their diet, lifestyle, or their own mental health; social media can be used for good but also for bad - it can help to spread messages of positivity but also of hate. 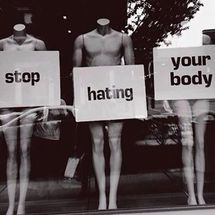 The portrayal of unrealistic beauty and body images in the media and throughout social media is a global issue, and digitally altered photos give a misperception of reality. Although research has demonstrated that multiple factors are involved in the development of eating disorders, including genetics, individuals who are predisposed to having an eating disorder can be especially vulnerable to media that promotes dieting or an unattainable body type.
Studies have demonstrated that more frequent social network use leads to increased body dissatisfaction over time in adolescent girls and boys. Research has also found that a high level of body dissatisfaction is connected to a significant threat to adolescents’ well-being. While social media or the mainstream media in general cannot be singularly responsible for the development of eating disorders, the influence cannot be ignored.

Dieting mentality has become more normal in our culture, in part because people flock to social media to publicise their diet, weight-loss strategies and results. Anyone can post anything on social media, giving unhealthy ideologies like the pro-eating-disorder movement a faux legitimacy. For example, the "thigh gap" and "bikini bridge" are two popular unhealthy body ideals discussed widely in pro-eating-disorder social media sites. 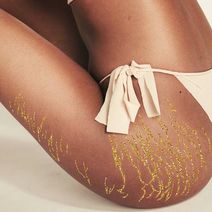 Some young people are going to the extent of starving themselves as they want to look the way that the models they see on Instagram are, they’re trying to imitate what they see online but the way they’re going about it is wrong. They might also try to follow these potentially dangerous diets, but is there a way to stop this?

Some people are trying to increase ideas around body positivity, so sending the message to others that you should be comfortable in your own skin and no matter how you look or what you might weigh it shouldn't take such drastic control over someone's life. Some women have taken to painting their stretch marks with glitter so highlight and show that they aren't afraid or ashamed to show them off and are accepting of them on their bodies.
And many women and also men recently have also started to embrace their bodies by posting unedited and just 'normal' photos of themselves, and I feel this is empowering to those who have been sucked into this social media storm of the age of #bodygoals and the somewhat need to be thin and go on these diets.
​
So maybe we can try to solve this issue, by helping those around us and informing parents and even those who are older without guardianship. We can all be at risk but it’s those who are younger who are more impressionable and need the guidance to stop them from making decisions that could in fact harm them.
​
Just by taking a short look at these websites you could help someone around you;