Clearing up controversy with The Help
Charlotte Crosby 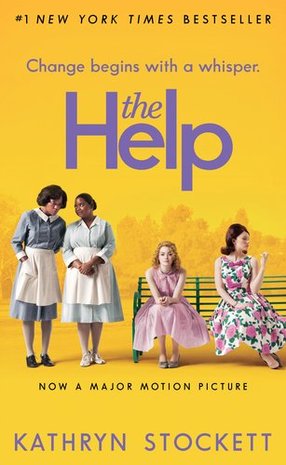 Jackson, Mississippi, early 1960s is where you’ll find yourself whilst reading Kathryn Stockett’s novel, The Help.

For me, Stockett has managed to write a funny, heart-warming, yet thought provoking and totally fictional insight into the lives of oppressed black maids in the 1960s and the families that they work for. The Help, despite its rejection by a vast amount of literary agents before publishing, has made the bestsellers list and has fast become one of my most-loved books.

Responses have been fairly positive towards The Help, although some controversy seems to have been raised around the fact that it is written by a white woman voicing these fictional black maids. It has also even raised some controversy in the blogging world, with one blogger, Melissa McCurdy, claiming ‘I want to read the African-American version of The Help’.

However, although the book ran every risk of turning out offensive and shamefully far from the truth, I believe that Stockett very elegantly manages to portray the lives of the maids, especially in the characters of Aibileen and Minnie.

It has also been questioned whether some of the controversy surrounding The Help is actually legitimate; the concept of racism in the book is most unquestionably dealt with and is represented as something unlikeable and dreadful.  Thus, to take offense to this book seems counter-productive, as racism is damned, yet needed in order to tell the inspirational stories of these fictional women.

The Help empowers women, both white and black; this debate about the racist intentions of the book is very finicky and lacks real evidence. Both of the main fictional maids have become forever beloved in my mind and - to some extent- powerful role models.

All in all, Stockett must have done something right as if you haven’t read the book, you’ve seen and recognised her storytelling talent in the Academy Award nominated film.

Many like me have fallen in love with Stockett’s detailed depiction of the extraordinary fictional women, and many like me will read it again and again.  A must read.