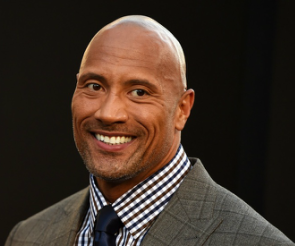 Dwayne “The Rock” Johnson shares his encouraging words about fighting depression: “I found that, with depression, one of the most important things you could realize is that you’re not alone.”

Johnson, now 43, struggled with depression in his 20s which majorly affected his football career, bringing it, in fact, to a standstill. He states that he felt at his lowest when he was 23 and living at home with his parents in a tiny flat. Things started looking up for him when he decided to quit football and start afresh as a professional wrestler. He went on to become the WWE superstar known as “The Rock”. He decided to share his experience because he wanted people to know that even if they feel alone, they are not; his depression led him to take steps to become a wrestler, changing his life entirely.

Dwayne’s dad told him he would be ruining his life if he chose to wrestle but nevertheless he wanted to, telling his dad, "Maybe I'll be no good but I feel like I have to do this".

His dad supported him regardless of his own opinion, and Dwayne managed to turn his life around.
Johnson realises from his own experience that sometimes, especially for men, it is hard to speak out about what is going on in terms of our mental health. He stresses the importance of sharing our experiences and discussing our mental well-being with our friends and family.

Johnson and Chris Pratt are among the actors that have engaged with the charitable ‘Push-up Challenge’ to support veterans’ mental health.