Vegan ˈviːɡ(ə)n/
(noun) A person who does not eat or use animal products.

The topic of veganism and meat eating can be rather controversial, and can often cause people to become irritated and protective over their current habits. So, just to make it clear before we go on:  whether you eat meat or not is totally up to you.

Sadly many vegans are forceful with their beliefs and this can be annoying; this can put many people off of the vegan lifestyle before they even know much about it. I only intend to share my opinion and provide the facts and figures for you to make up your own mind.

The Environment
I want to be honest and say I totally support veganism, and it would be my first recommendation to anyone who wishes to live an earth-friendly diet. Why? Because vegan food requires almost one hundred times less water to produce than meat. So, if you are an environmentalist, instead of trying to save water by taking shorter showers, which is clearly ineffective, try to keep meat off of your plate.

Not only this, but animal rearing is responsible for 91% of Amazon destruction. The destruction sadly required to support peoples’ diets which include meat, dairy and eggs. 70 billion farmed animals are slaughtered per annum worldwide, and more than 6 billion animals are slaughtered for food, every hour. 1,100 humans in Brazil, who have objected to the ongoing destruction of Amazon, have been killed by the government in the past 20 years in an attempt to sweep the issue under the rug. 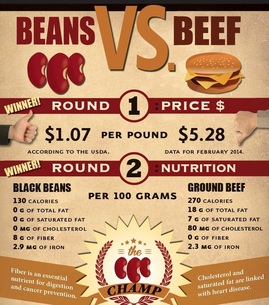 Your Health
Numerous vegans I have spoken to tell me they became vegan for health motives; and this is totally understandable. People often claim that after transitioning to a vegan diet, they discover a huge increase in energy; glowing, clear skin and a feeling of “eternal youth”.

It is a common worry of people who are considering veganism that if they try veganism, they will have a deficiency in protein or calcium. Luckily, there is absolutely nothing to worry about! Some vegan foods that include a high percentage of protein, calcium and nutrients include: Peas, chickpeas, quinoa, avocado, peanut butter, brown rice and oats. Many of these foods contain more protein than meat per one hundred calories.

Cancer
But what’s wrong with eggs? Well, the egg facts inform us that about 70 percent of their calories are from fat - mostly saturated. A 1992 analysis of dietary habits found that people who consume 1-2 eggs a week have nearly five times the risk of colon cancer and then another study found that consuming eggs is associated with death from colon and rectal cancer. Still like the sound of scrambled eggs?

Michael Greger has also discovered that a vegan/plant-based diet can prevent, treat, slow and even reverse cancer progression. It is never too late to start a plant-based diet, as cancer risk can drop after starting the diet, at any age. The consumption of animal products appears to increase the risk of developing cancer.
Specific foods that have been linked to increase the risk of cancer include:

Why Vegetarianism isn’t Enough
I was vegetarian for six months before turning vegan, so I have nothing against people in that phase of their life. My choice, though, was because I had not educated myself on why consuming eggs and dairy was far crueller and more horrendous than the meat industry itself. Not only are the dairy cows slaughtered after they are no longer useful to the dairy industry, they are exploited their entire lives. Whereas animals that are used for meat have shorter life, thus less suffering. Dairy cows have to endure all of this as well as forced impregnation and have their baby ripped away from them after 48 hours. This is repeated until the cow can no longer do this anymore, and is then killed.

And then there’s the egg industry. Undercover filming in local slaughter houses found that once the chicks are born, their sex is determined and all of the male chicks are sent to be ground up alive, because they aren’t any use to the industry. This is perfectly legal.