A collective shift to the right in Western politics?
Seemal Naqvi 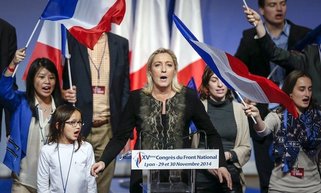 In the last few years, it has been suggested that there has been a significant shift to the right in several powerful western countries across the globe. From the nationalist and protectionist implications of Brexit, to the arguably extremist far-rightists currently inhabiting the White House, it is certainly a possibility worthy of discussion.

While there have been a myriad of factors attributed to the narrow victory of the Leave Campaign in last year’s EU referendum, many of which were perfectly valid and well-founded, there has also been significant focus on the more xenophobic and nationalist reasons for the outcome. It has been suggested that many people were compelled to ‘vote leave’ due to an apprehension around the imminent entry of immigrants and refugees into the country. Thus, it is imaginable that a noteworthy percentage of Britons are leaning to traditionally right wing ideologies in our current political climate. A 41% rise in hate crimes in the aftermath of the EU referendum result would also suggest a worrying increase in xenophobic attitudes across the country. Further proof of this is the growing success of UKIP in the last election, where they performed third best with 12.6% of the vote. Given the relatively narrow and self-proclaimed ‘radical’ agenda of UKIP, which focusses primarily on immigration and leaving the EU, it may be a sound indicator that the public view may be shifting towards the right of the spectrum.

This shift is also evident in the US given the result of the recent presidential election. It has been widely suggested that the deciding factor in Trump’s victory was the white working class vote, those that felt ‘left behind’ by globalisation and supported his hard stances on immigration, defence and the economy. Several of the areas that voted for Trump in 2016, however, had supported Obama in previous elections. In fact, a shocking 1/3 of the states that had previously voted twice for Obama swung in favour of Trump. This would suggest a collective swing to the right across the country, including areas that voted republican for the ‘first time in decades’, according to an article by the Washington Post.  There is no doubt that since taking office Trump has attempted to make good on some of his campaign promises, notably the so-called ‘travel ban’ and putting in motion the fight to repeal the Affordable Care Act, both traditional conservative areas of dispute. In a more overtly right wing manner, Steve Bannon was added to the National Security Council via executive order. Given that Bannon has repeatedly declared himself ‘alt-right’, a position frequently associated with anti-Semitism, islamophobia, sexism and homophobia, this caused much widespread concern. Based on these observations, then, it seems clear that the US has swayed significantly to the right in recent years, and in terms of policy will continue to do so, given the current administration.

Such movement to the more conservative side of the spectrum has also been seen in France, with the National Front gaining momentum in recent years. Since Marine La Pen became president of the party, they have dominated the French political climate, being the first French party to gain 25% of the vote in the European elections and being polled as the most popular political party in France amongst 18-36 year olds. Despite the change in leadership in 2011, and the subsequent softening and ‘de-demonization’ of the party’s image, the National Front is still associated with many far-right policies, as well as the key issue of leaving the European Union.

Thus it is certainly arguable that a shift to the right can be seen occurring across the western world, notably in the UK, USA and France.