What happened to Madeleine McCann? 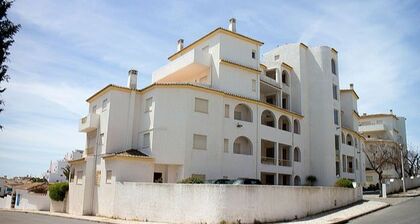 By Emily Palmer and Holly Hudson

On Friday 15th March, Netflix aired their new documentary: The Disappearance of Madeleine McCann. It looked closely into the night of her horrifying disappearance and breathed new life into the still open case. Some of the main suspects shown were Kate and Gerry McCann (her parents), Robert Murat, the man carrying a small child (later found to be a British tourist), Sergey Malinka (Murat’s computer technician, who he shared a phone call with at 11:30 pm on the night of the disappearance) and the family friends (the people who the McCann’s were on holiday with.)

Madeleine disappeared from between her two sleeping twin siblings on the 3rd May 2007 in Portugal. There were no signs of forced entry, as the patio doors were left open allowing the parents to intermittently check on their children while they were at the Tapas bar within the complex, just 50 metres from their apartment. The previous night, the twins had kept Madeleine awake as they cried for their parents, as a result the next night the adults made sure to continually check on them every half an hour. On the night of the kidnapping, the parents left to go to the bar at 8:30 pm but the last time anyone remembers seeing Madeleine was at 9:05 pm when Gerry McCann checked on the children. When Kate went and checked on the children at 10:00 pm, Madeleine was missing. She then left the other two children to go back to the group and exclaim “They’ve taken her!”

This case, for twelve years has left the world with so many unanswered questions:
Some of the opinions in the Network are:
“Gerry did it”- Josh Franklin
“I think the parents did it....”- Olivia Curtis
“Well I was convinced before the documentary the parents did it… but I’m only on episode ‘Did it’.” –Julia Sage
“The bogus charity collector theory.”- Bella Prichard
“The priest from the catholic church who was close to the parents, helped the McCanns bury the body after they confessed in him. As it’s a confession, he cannot disclose the information given to him to the police”- Rosie Savage