Who is Jeremy Corbyn?
Matt Stephenson 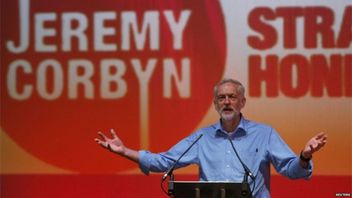 Jeremy Corbyn has been subject to intense media scrutiny ever since his last minute entry into the Labour leadership election last June. This scrutiny has only intensified, as he stormed to victory in the leadership election, winning 59% of first preference votes. He is popular amongst many Labour voters but has been criticised by many Labour MPs as being ‘unelectable’. He has caused, what many people have called, a ‘political earthquake’ amongst the Labour Party. But the most common question that everybody asks is: who is Jeremy Corbyn?

Corbyn was born in Chippenham into a working class family and was brought up near Kensington St Michael in Wiltshire. He is the brother of weather presenter Piers Corbyn and the son of Naomi, a Maths teacher, and David Corbyn, and electrical engineer. From a young age, he became active in the Wreckin Constituency Young Socialists and his local Labour Party, while also joining the League against Cruel Sports. He achieved two A Levels at grade E before leaving school at the age of 18. He briefly studied a degree in Trade Union Studies and was appointed a member of Haringey council in 1983.

Corbyn won the 1983 by-election in Islington North after Michael O'Halloran defected to the Social Democratic party (SDP). Corbyn has been one of the most rebellious MPs, defying the Government Whip 238 times. The Government Whip is the way MPs are made to vote by the chief whip and defying the whip can have consequences for MPs such as being denied a senior position in the party. Corbyn is also very active in protest groups. He was a part of Stop the War Coalition, which formed to oppose the Iraq war, which started in 2003. He has also been a part of the Campaign for Nuclear Disarmament and strongly opposes the use of weapons of mass destruction. For a long time, Corbyn has been a part of Trade Union groups such as UNITE and is committed to anti-fascism.

Corbyn was relatively unknown until his last minute entrance into the 2015 Labour leadership election. To enter the Labour leadership election, candidates needed to be nominated by 35 of the Labour party’s MPs. Corbyn was the last candidate to enter the contest having been nominated by 36 MPs, just 12 days before the 15th June deadline. After his entrance into the contest, Corbyn began to gain widespread support amongst the Labour Party forcing interventions from high profile members such as Tony Blair, Gordon Brown and David Miliband who said the party would become ‘unelectable’ if Corbyn won. Despite this, Corbyn won by a landslide. He won 59% of first preference votes with Andy Burnham being his closest rival in second place with 19% of first preference votes. Since then, he has become the leader of the opposition and is continuing to cause much debate in the media and amongst MPs. He has been relatively unknown for so long but it can be said that Jeremy Corbyn is now a prominent figure in UK politics today.