Should We Have LGBT+ History Month?
Ellen Jones 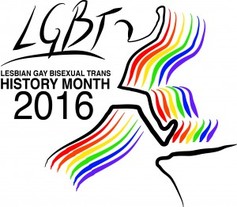 In an ideal world, there would arguably be no need for LGBT+ History Month.

That is because in an ideal world, the history and achievements of LGBT+ individuals would be equally acknowledged throughout the year. However, we have to realise that, despite progress which has been made in recent years, much LGBT+ history has been erased.

It seems obvious to say, but LGBT+ issues are not new; our existence is not a modern trend – rather, it is only now we are beginning to gain platforms from which we can speak about issues. LGBT+ people have existed for thousands of years and, throughout that time, have made huge contributions to the world. To deny this fact is to negate the work of millions of people and in part that is what LGBT+ history month is about: reclaiming the role of LGBT+ people in society in order to combat the erasure we have faced.

Some better known LGBT+ individuals include Alan Turing, a cryptographer working at Bletchley Park who was forced into aversive therapy by the British government for being homosexual and who later committed suicide in 1954, aged 41.  Turing’s machine saved over 14 million lives and cut the Second World Wars length by two years.  LGBT+ people have been saving the lives of those who have condemned us for hundreds of years - the least we could do is take the time to recognise their identities.

Beyond these LGBT+ figures, there are whole parts of LGBT+ history, which I have seldom heard discussed. Do you know about the Stonewall riots of 1969? I’m frankly appalled and disgusted at the way LGBT+ events and such important individuals such as Martha P. Johnson and Silvia Rivera have been erased from our history books. The actions of these people are so important and I can’t help but think that, in a different circumstance, their achievements would be heralded rather than shunned and ignored.

Until 2003, Section 28 existed as part of British constitution, preventing teachers from mentioning LGBT+ issues in schools. Although the law has been repealed, there is still evidence to suggest confusion as to how much LGBT+ issues can, or should be discussed. I would propose that in fact LGBT+ issues are best raised not during a specific month, but in the context of a lesson. If you are studying an LGBT+ person in class, mention it. Honestly, it makes a world of difference being recognised in the curriculum (which by and large is not the most inclusive thing). By subtly reinforcing the existence and achievements of such individuals within daily school life, the sense that LGBT+ people are something other is reduced.

I do firmly believe that LGBT+ History Month is important for raising the profile of the numerous issues facing the LGBT+ community. Yes, rights such as marriage equality are becoming increasingly common. Yet, 10 countries still carry the death penalty for being homosexual. A quarter of homeless British youth are LGBT+. The rate of LGBT+ suicide is rapidly increasing. LGBT+ conversion therapy is still legal in almost every country. Access to LGBT+ specific health-care is hugely underfunded. These are but a few of the problems which need to be addressed.

In the future, I hope that LGBT+ History Month should not be necessary, but until wider society begins to acknowledge the past, present and future role of LGBT+ individuals, the month remains hugely important and should be celebrated.