Top Upcoming Movies to Watch in the Winter Months

​Marvel fans assemble! So far, the critics are swooning over this movie, as it is recorded as one of the most interesting marvel movies that has ever been made. It features a massive cast, in which the characters they play are diverse and incredibly talented. Due to its great cinematography and stunning screenplay, it is a movie for all, even those that are not part of the marvel fan base. Yet the most appealing thing about this movie is that it will have the MCU’s first solo female director, meaning that it should hopefully have more of a diverse and interesting outlook on how women are presented. Make time to go and see this movie- it is definitely worth it! 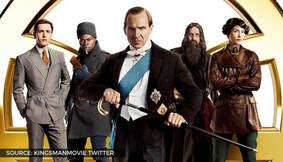 Starring:, Colin Firth, Stanley Tucci, Gemma Arterton, Ralph Fiennes, Aaron Taylor Johnson
Directed by:  Matthew Vaughn
Description: One man must race against time to stop history's worst tyrants and criminal masterminds as they get together to plot a war that could wipe out millions of people and destroy humanity.
Release Date: 22 December 2021
​Do you even like movies if you don’t like Kingsman? Personally this, now movie trilogy, is one of my all-time favourite franchises to watch with my family- it is targeted at all ages! It is a movie that can be sub-categorized into action, adventure, comedy, spy, thriller and even romance, giving it an even more interesting storyline. Well, if you haven’t seen Kingsman I recommend you go and watch it on Disney plus ASAP. I’m sure with the success of the firs two movies, the third one is guaranteed to be fantastic!  Unfortunately, Taron Egerton will not be returning but Robbie played by Aaron Taylor Johnson from Angus, Thongs and Perfect Snogging will be taking his place!

Starring:,  Taron Egerton, Tori Kelly, Bono, Scarlett Johansson.
Directed by:  Garth Jennings
Description: Can-do koala Buster Moon and his all-star cast of animal performers prepare to launch a dazzling stage extravaganza in the glittering entertainment capital of the world. There's just one hitch -- he has to find and persuade the world's most reclusive rock star to join them. What begins as Buster's dream of big-time success soon becomes an emotional reminder of the power of music to heal even the most broken heart.
Release Date: 28 December 2021
​The first Sing had a fantastic cast and soundtrack which you were bound to enjoy. But, be prepared to be blown away by the new movie which will contain a whole new soundtrack and additional cast members. It will be interesting go hear the amazing voices of some of your favourite actors, like black panthers Letitia Wright and Step Brothers John C. Reilly, whose voices are yet to be discovered. When the movies comes out, be expecting to hear the song soundtrack reach the charts straight away as pop stars like Taylor Swift and Halsey will be joining the major studio hits too. In part, the filmmakers can afford to gamble on pushing the creative envelope with an even more extravagant production this time around because audiences are already familiar with the movie’s predictably satisfying formula. Nevertheless, there is an undoubtedly illuminating movie that must be seen with family for a wonderful experience! 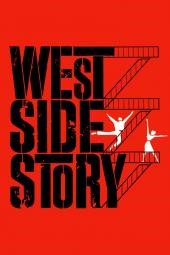 ​Starring:,  Ansel Elgort, Rachel Zegler, Maddie Zeigler, Ariana Debose
Directed by:  Steven Speilberg
Description: Two teenagers from different ethnic backgrounds fall in love in 1950s New York City.
Release Date: 10 December 2021
​
The classic story and Broadway phenomenon of West Side Story, will finally be making it to theatres by the end of 2021! With a trailer as spectacular and jaw-dropping as this one and a director as talented as Steven Spielberg, there should be no doubt about West Side Story being formed into a great and fantastic movie of artwork. Arguablly, its greatest influence was in the theatricality of its presentation- he seamless and cinematic flow of its staging- and the integration of script, song, dance and set. With Spielberg directing, it is guaranteed that all those boxes will be ticked and the theatricality of this long-running story will be brought to justice. 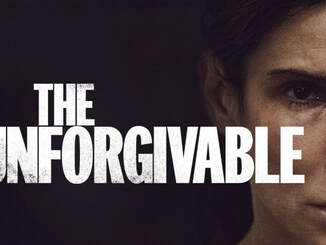 Starring:,  Sandra Bullock, Jon Bernthal, Viola Davis, and Emma Nelson.
Directed by:  Nora Fingscheidt
Description: Released from prison into a society that won't forgive her past, a woman seeks redemption by searching for the sister she left behind.
Release Date: 10 December 2021
​Another movie set to be released on the 10th of December, contains arguably one of the best actresses of all time, Sandra Bullock. This movie is set to be released on Netflix at the end of this year and with the interesting movie description, could possibly top of Bird Box- 2018’s top Sci-fi movie that completely blew people away. Even if Sci-fi or horror isn’t your area of genre, I can guarantee that the performance will not fail to disappoint. Make sure to add this to your Netflix ‘much watch’ list. 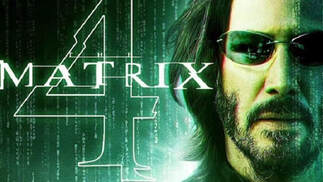 Starring: Keanu Reeves, Priyanka Chopra, Carrie- A Moss, Yahya Abdul- M..
Directed by:  Lana Wachowski
Description: Plagued by strange memories, Neo's life takes an unexpected turn when he finds himself back inside the Matrix.
Release Date: 22 December 2021
​In December 2021, Keanu Reeves will finally be returning for his last Matrix movie. Lana Wachowski’ style has quoted ‘’ shifted visually from what the other Matrix movies have evolved around in the past. Not only will the traditional Sci-Fi genre be taking over the theme of the movie, but the new director will be adding some romance to the final movie to the franchise. I would definitely recommend this movie because of its versatile genre, but also because if you are a huge Matrix genre, as it will be making a big bang in preparation for its depart and last cinematic screening.