What does a ‘Strong Female Character’ really mean?
Jessica Wade 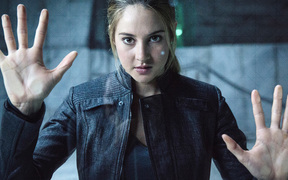 What is a Strong Female Character? Is it the kick-ass, kung-fu, tight black leather jumpsuit-wearing female with flawless hair and skin even after she’s just taken out 15 seven-foot-tall men with biceps the size of a bus? Or is the word “strong” misinterpreted, to mean something more masculine, rather than “strong” as in “well-written”? The latter should mean an effective female character with depth to her personality, rather than this static, one dimensional person who’s almost been made more masculine in order to fill the role of a Strong Female Character.

The obvious Strong Females that I can think of are Katniss Everdeen, Tris Prior and Hermione Granger. All of whom undergo extreme character development as a cause of what they experience throughout their individual stories. The main character from Divergent, Tris, is someone who, to me, stands out for this reason especially – at the beginning, she is young and even somewhat naïve. However, independently, she develops this other, stronger, aspect to her personality, not just by being able to handle a gun and beat people up, but by having to make her own choices in difficult situations and not being dependent on anybody else.

This is what a Strong Female Character should be, but it’s extremely disappointing that there is in fact a lack of woman protagonists even in modern films. A study in 2014 found that only 28% of protagonists in 100 films were female, but what’s also annoying is that a lot of these characters only really exist to be eye candy or the love interest. The number of female protagonists over the age of 40 is limited partly for this reason. (Not that women who are/above 40 can’t be eye candy, I mean Kate Winslet and Carrie Fisher make that pretty darn obvious.)

From a young age, it’s constantly reiterated to children that women are only ever the damsel in distress in fiction, rather than the Strong Female Character, and we partially have Disney to thank for that (at least the early Disney movies). Snow White, Sleeping Beauty and Cinderella are all pretty pathetic characters in those early animations, to be honest. The only thing that could possibly save poor Aurora and Snow White’s lives is a true love’s kiss from a handsome prince?! I’m going to puke. The more recent movies have got more of an array of SFCs though, such as in Tangled, Frozen and Brave, where the women are more actively involved in the plot rather than lying on a bed in a coma waiting for a man to smooch them back to life.

So, what is a Strong Female Character? To me, they’re not necessarily someone who has expertly mastered the art of kung-fu better than any man could, but also not someone who’s going to rely on a male love interest to save their life all the time – they’re still allowed to be feminine, but there’s more to them than being badass.