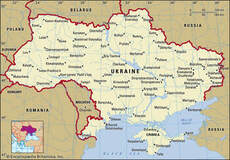 In the age-old words of Benjamin Franklin, ‘Old habits die hard’; and when it comes to greed, old habits tend to put up a bit of a fight. In the wake of the global pandemic that had put a temporary hold on international one-upmanship, the Russian Federation and the People’s Republic of China decided to reach new heights in their unholy alliance. To get the gist of the pickle were in right now, a brief history lesson. China, and ex-(sort of)-communist Russia, have traditionally faced-off against western nations, particularly those in the military-style North Atlantic Treaty Organization, since the end of WWII.

​This was based on the fact that the USA isn’t very fond of this whole ‘Communism’ thing spreading to Europe, and their NATO friends, and voiced those opinions by pointing somewhere between 5-6 THOUSAND nuclear weapons in their general direction. Of course, to China and Russia, the only logical course of action was to make a few nukes of their own and point them right back. This hostage situation we like to call, The Cold War, and the world has managed to move forward with all of us avoiding a toasty bath in neutron radiation; with communism mostly staying in the borders of Russia and China, to this day. Easy enough? Cool.
​ 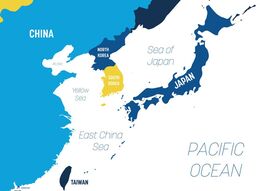 However, this is where things get VERY complicated. The Russia we see today, as big as it is, used to be MUCH bigger, and when it had a bit of a slim-down in 1991, it released the nation of Ukraine into the world. But ever since 2014, Russia’s been hungry, and in midnight-snack fashion, it’s been trying to eat back chunks of Ukraine but so far only sparsely populated Crimea. But now, Russia’s worked up a bit of an appetite, and has started licking its lips, by lining its border with Ukraine with 100,000 troops, very bad stuff.

Now, onto China. In almost the opposite fashion of Russia, China finished WWII in an absolute state. Civil war, warlords spaying AK’s all over the place, village pillaging and all that kind of brutality. But by the end of if the communist warlords managed to take over the whole country and kick the very last ones over to a small island called Taiwan; and ever since 1949, Taiwan has been (apparently) giving China the finger, just by existing.


Now as one could expect, Taiwan would get absolutely stomped by China and a fight, and Ukraine by Russia. But, by becoming besties with the biggest bully around (the USA), they’ve managed to postpone that thrashing indefinitely. But times are changing, Russia’s been hitting the gym since its 1991 weight-loss, and China’s grown up into a very, very strong lad, and the two of them together could give the USA a run for its money.

So all that history brings us today, where the USA and NATO stand in the way of Russia and China, fists up and ready to go. If the USA goes down, Russia and China are going to feast eating up the rest of the world, unopposed. If the other two go, our way of life continues, and it seems the first stone is only days from being thrown, and making this Cold War, quite hot. Fun times, am I right? ​