Life after Bake Off
Latifa Alkhanjary

Possibly the most British show on TV, The Bake Off  had around 12 million viewers hooked; this figure is rising every year. Viewers were wowed by how the raw ingredients were transformed into animals, architecture, flowers and more! So, you must of course be wondering: what show could possibly live up to The Bake Off?

Strictly Come Dancing (BBC 1) is the show where we subconsciously become the fifth judge on the panel, even though most of us haven’t got a clue about dancing. Despite receiving some criticism from the media, Strictly continues to be one-of-a-kind in its unique compilation of dancing celebrities, great music, and sparkling costumes.  In some cases, it is a compulsory family tradition, in which case: It’s nice to see you, to see you nice! However, if you like a good laugh at celebrities that obviously have two left feet or being secretly surprised at the underdog (who you sometimes forget is not a professional) then this is the show for you.

The Apprentice (BBC 1) is a show where grown-ups have cat fights, squirm under Lord Sugar’s gaze, and sulk when they do not get elected as Project Manager. What’s not to love? Aside from that, audiences see what it's like to be thrown in the deep end of the business world, and cope with the immense pressure surrounding buying and selling of various products and services. Don’t be too reserved or shy or you’ll be fired. Many have a massively inflated ego and walk around like they’re the boss. 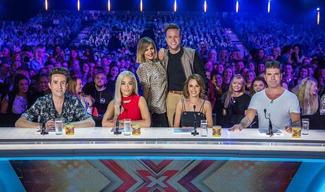 X Factor (ITV 1), the same old show, only with the addition of more aesthetically appealing judges. What? It’s true. Some say they’ve moved away from the tedious pattern of one good act, plus three bad acts this year- so things are really looking up. Although, there is still the tendency for the producers to include the heavily staged sob stories surrounding the contestants: the one who didn’t make it last year, the one who came all the way from some remote, far off island, and the one who’s gerbil died, coincidentally, that same day. Yet the fact remains, X Factor gives ordinary people, living ordinary lives, a single audition that’s potentially life changing. Undoubtedly, the acoustic songs showcase the contestants’ raw talent and unedited voice. Who gets your vote?

Doctor Who (BBC 1) - you either love it or hate it. Peter Capaldi is well known for his role as the twelfth Doctor, and finally we have one that looks old enough to be considered a ‘time lord’. The series features complex storylines, sci-fi jargon and escapism to imaginative worlds. We all have our favourite Doctor (their demeanour and personality we’ve grown to love) but the heroism of this character always seems to win audiences over, keeping them coming back for more.

The Rugby World Cup is not to be missed! Why not check out our very own girls' rugby team over at the sports desk.